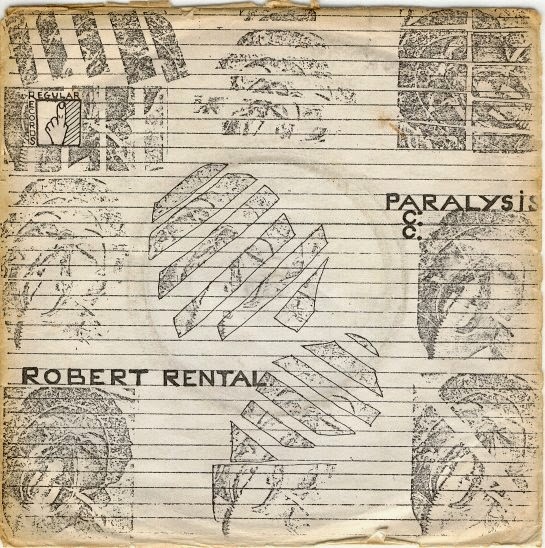 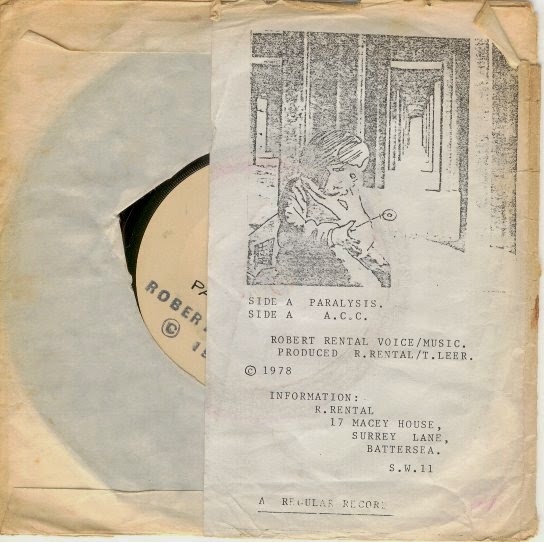 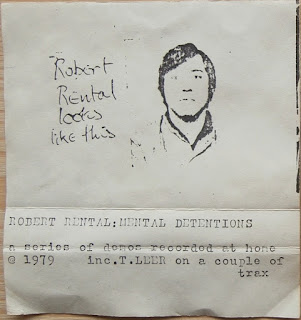 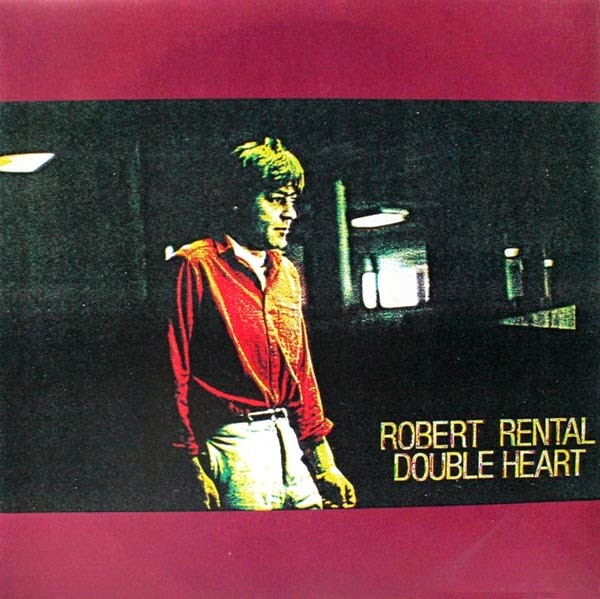 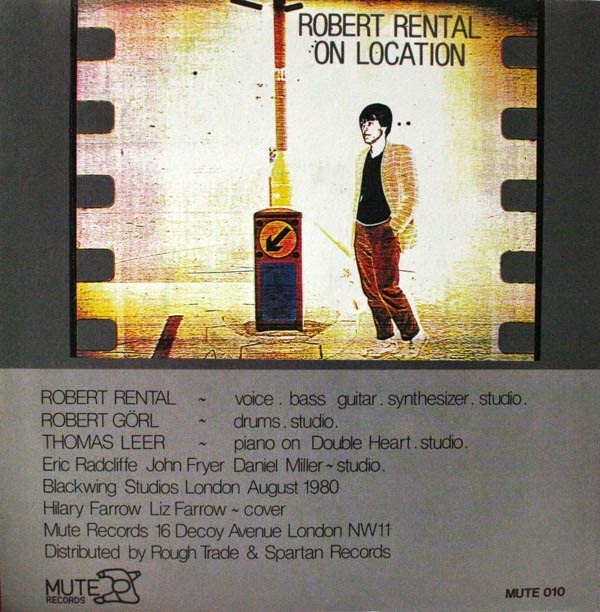 Robert Rental, (I'm devastated that that wasn't his real sir name!) made unheralded electronic DIY at the very beginning of the Synth revolution in 1978, and died relatively young and releatively unknown and forgotten. You don't see miserable youth's wearing Robert Rental T-shirts moping around on street corners,whilest listening to "Live at west Runton Pavillion" on their iPod mini's, do you|? Why?......do you really want me to answer that?
He mainly stuck to collaborative efforts with scotch Buddy Thomas Leer,or The Normal.Only releasing two singles and a self released cassette (Mental Detentions) in his short and obscure career.
The very DIY single "Paralysis"(1978) is a wobbly, processed, after the pub kind of  understated bedroom classic; as is the B-side "ACC", both including some almost competent disco guitar strumming.
The legendary "Mental Detentions" cassette (1979), contains a far more exploratory electronic set, betraying a krautrock/kosmiche influence in glorious lo-fi.A dark and mysterious collection of intriguing instrumentals.
The "Double Heart" single is the weakest thing here, surrounded by Mute label starlets,its some kind of attempt to make a pop record,but thankfully fails.Still a strange beast, which sounds a bit like three different tunes playing at the same  time, with Rentals weak wobbly vocals atop.
Robert Donnacie was heard from no more after 1980.This is how a career in pop should be.
(check out "The Bridge" with Thomas Leer Here; and "Live at West Runton Pavillion" with Daniel 'The Normal' Miller Here)

DOWNLOAD the lot HERE!
Posted by Jonny Zchivago at 09:40

Thanks! Good to hear music from Scotland this week.

Would very much like to hear this, but google-drive doesn't seem to be cooperative. any chance of uploading it elsewhere?

Sorry, Die or D.I.Y.?, I was just messing up the download! This looks fascinating!

thank you for the robert rental!

Love that Stylophone on 'Paralysis'!

Mmmm, this has garnered an impressive response....maybe there's chance for a Robert rental t-shirt fad after all?
So i'll attempt an all encompassing reply:
"Stylophones are classic entry level synths by any standard, even though their image has been sullied somewhat by association with kiddie fiddler and sex pest Rolf Harris, and abused by Bowie"
Luckily I didn't upload to another host,so I hope you found it fascinating, as you should.Cheers anon.
And finally, Bill,one does try to keep our Scots pals happy from time to time,this being a particularly fine example. Might even forgive your nation the pure evil of Deacon Blue....nah, thats unforgivable,,,sorry.

Eagle eared listeners will note that the last track on Mental Detentions is a looped reworking of Missa Luba from the soundtrack to the film IF. See here
https://www.youtube.com/watch?v=DO2Gw6if8k4
The loop is taken just from before the end of the clip as the scene cuts from the B&W cafe to the colour motorbike ride. Possibly one of the best scenes in British cinema, how Rental recorded it back in 1979 is anybody's guess.
PS

I'm sure 'IF' got a late night screening on the bbc,at least in the early 80's,so probably also in 1979?
Just guessing.
But well spotted that man,I had no clue.

I only noticed because I once did a brwoser cut up of the same scene from IF - may or not work now - OK on a computer probably not on phone...
http://www.psouper.co.uk/mov/if.html
so anyway heard the soundtrack over many times - though had always had a thing for the music since we were shown the film at school...yes progressive 1970s

Yeah, I'll take one of those t-shirts! I remember having a single-sided 12" of Robert Rental and The Normal that spent a lot of time on my turntable back in the day.

That would be "Live at West Runton Pavillion",available for download on this blog.

Why yes, there it is. My copy only said "Live" so I never knew where it was recorded. A retirment facility would be a perfect venue! thx agn.