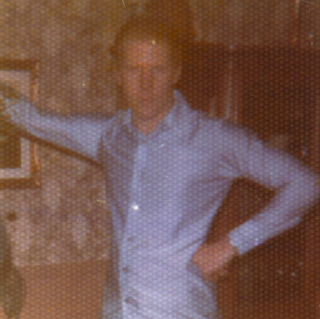 Play that funky music white boooooy,was not something previously applied to the most unfunky person that ever made a self-financed CD;but Jandek hooked up with some unlikely early eighties sound alike cabaret funk rhythm section, at "Rudyard's",in his home town of Houston (his first appearence on home turf),and tried earnestly to take dat fonk outside. It ends up sounding like an Arto Lindsey solo album....a very loooooong Arto Lindsey Solo album. As ripped from the DVD version.
There are people out there who have sat through "The complete Funhouse sessions", the massive "On The Corner Sessions" ,the sanity crushing "Merzbox",and even side one of "Bat Out Of Hell 2", but this three hour blue-eyed Funk improv may test even he who foolishly  ventured onto the second side of "Bat Out Of Hell 2"!
You gotta hand it to him,he's certainly hard to pin down these days?
The Drummer on this Outsider Funk torture is called Tyson Sheath....and that's his real name!?

new Jandek! this is the best crimbo present Jonny, thank you

I love your reviews..I'm almost tempted to give it a listen but that drummers name sent me a' runnin' for the hills.

I was looking for something new to accompany our Juul Day Dinner... this will do fine! Thank you!

In a non-musical, grating, and punishing way!

Good call that PiL-a-likely comparison.
We could amuse ourselves by playing the form a pedophile super Group game on xmas day.....here's my attempt...Gary Glitter on Vocals,Pete Townshend on synth and Rhythm Gtr, Roy Estrada Bass,Derek from The BayCity Rollers on Drums, Jimmy Page on Lead gtr, R Kelly backing vocals,and Jerry Lee Lewis keyboards. Produced by Phil Spector.
From what I've been hearing about Jandek,he nearly got put on the bench as a replacement,but that David Ames geezer would be nasty to me again so I didn't.

The cunt has sure built a mystery around emself hasn't he? Jandek is great and terrible, just like how Rolf is terrible.

Unfortunately, we kinda have to add Bowie and Iggy Pop to that line-up, don't we?

@parmalee.....we kinda have to add virtually everyone in rock and pop since at least 1956 until the early nineties when the beginnings of me too begqn. Back then "Me Too" was what all the underage girlies used to scream at creeps like bowie and pop to get consentually laid by a star.

Indeed John John.....there's a lot of em about.Rolf was always obviously a creepy fooker,and i have to say Jandek fits in the Saville category very snuggly.

~50 minutes in: Aside from perhaps being a tad _too_ funky, this is possibly the best thing I've ever heard! I may change my mind on that at some point, but presently... For those who need a fuller experience, here's some video documentation of the event--just turn the volume off a play it on a loop to the album:
https://www.youtube.com/watch?v=acLwiYpSTFE

A little too snuggly if you ask me, no surprises here if we found out he has pickled dicks in his basement. Maybe I should just put out terrible renditions with a floofy picture, it worked for Bono after all.

Well... As you know, I saw him perform last year and he was fantastic :)

@ henk if that was in Amsterdam it's coming up in a few days.

In that case, it isn't the concert you saw coming up,although you did video it didn't you? The linx to which are in the comments of an earlier post somewhere.

Only two short video's, he started ridiculously early so when I came in he was playing for about 10 minutes already, I only know him through your blog so if it wasn't for you I probably would've missed this :)

This isn't three hours long, you didn't listen to it and also Bowie is innocent.

OMG!...and you did?.what? all of it!?...I suspected it might not have been,but hay ho.It sounded three hours long the bit i did listen to.
Do you think i spend my days listening to this shit?
i did listen to my new pressing of Ziggy Stardust and found myself thoroughly bored.But its good to leave on the coffe table and hope no-one asked for me to play it.
I reckon i could get a good case going for the prosecution against David Jones. My star (man) witness will be Antony Newley's ashes.