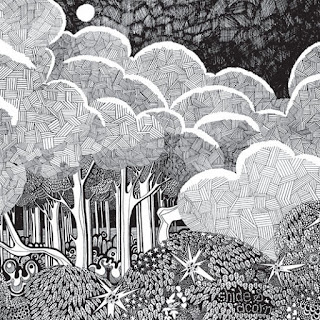 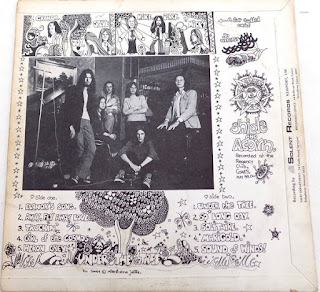 Who???....Shide and Acorn?...What?....Common questions indeed,but in a nutshell, Shide and Acorn were a short-lived folk rock group from the Isle of Wight who formed, renamed several times and disbanded all in the space of about two years in the early seventies. The band released only one studio album, the 1971 independent label offering 'Under the Tree'. The charming DIY-ness of it all has a strong resemblance to the Punk DIY culture 7 or 8 years hence.The amateurish guitar playing and bedroom of mum and dad's house singing are refreshing for 1971, when if you couldn't play an instrument to an impossibly high standard you could virtually forget dreams of pop stardom. Every instrument and voice seems to be slightly out of tune,notably the piano,and the school orchestra violin playing.The vocal harmonies are toe-curling,but you can't help but love this LP,which had an initial pressing of exactly 99(?);probably because if you wanted 100 you crossed into the next price bracket,and money was obviously tight,so 99 it was. Few were sold of course,and allegedly 50 copies were thrown out in the garbage by Guitarist Mike Jolliffe's pissed off parents.....at today's prices that ill advised act of parental stupidity consisted of about £30,000 quid's worth of plastic and cardboard! This record fetching somewhere in the vicinity of £600 quid a piece. I'd like to think a copy was retrieved by an Acid Folk obsessed bin man,and is still treasured to this day? But, even if it was, any Progressive Folk fan would have thought this was shite.....The Pentangle it sure ain't.
Naturally,as every forgotten,sometimes for good reason,musical shysterpiece was rediscovered and re-released in the nineties,mainly in Japan.So too was "Under The Tree",and now sits there among the elect in vinyl heaven. If you've got a spare £600 pounds (UK) sterling to waste, then you too can have an original pressing. Nowadays that amount of cash wouldn't even get you two Clock DVA box-sets from Vinyl On Demand.....I know which one I'd sooner have.......Nooooooo!!!....absolutely NOT bloody Clock DVA!!!! Jesus!
Tut Tut Tut! Mr and Mrs Jolliffe!? What have you done?
Tracklist:

A1 Eleanor's Song
A2 Away! Fly Away Love!
A3 Truckin
A4 Girl Of The Cosmos
A5 Heron Grey
B1 Under The Tree
B2 So Long Day
B3 Solitaire
B4 Marigold
B5 Sound Of Winds
DOWNLOAD zero quids worth of digitized plastic HERE!
Posted by Jonny Zchivago at 19:25

But they wouldn't be worth 600 quid if she'd kept them. Probably only a hundred. But maybe they didn't throw them out; they just said so to drive the price up to 600 quid. If Mrs Joliffe makes an "Under the Tree" NFT, maybe all will be forgiven.