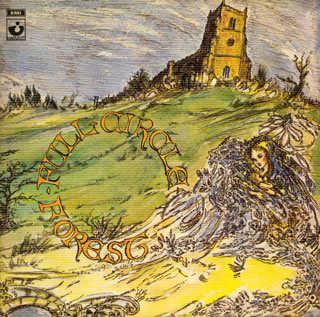 On this weekend that sees all leading sports clubs,especially Football clubs and their sickening playing staff boycott social media for four days(????),why not forever if they really gave a shit(?), in a fruitless attempt to end online abuse,and general offensive behaviour(sounds good to me...the abuse stuff not the protest shit). Another small step for a small mind,but another giant leap for mankind towards that magnolia existence that is creeping ever closer.
I for one is gonna have to go through this blog with a fine tooth-comb to eek out anything that could make a poor social media user cry or angry or sad.Usually this manifests itself by myself being labelled racist, or a neo fascist for not being a fan of Reggae,and other absurd notions such as that!?
I've backed it all up by the way,so fuck 'em. I demand my right to offend and to be offended,we're all grown-ups here thanks.
So how does this tie in with my current interest in Hippie and traditional Folk,which inexplicably seems to offend a few of our visitors,so they might complain to our Google masters and get this site deleted,alongside other similar arseholes. An internet full of fluffy bunnies,pink unicorns and rainbows......I may slash my wrists right now!Zog's drummer has already done that with an angle-grinder (true!) but survived,leaving him without the ability to either Drum, wank or work! All he has is the Internet.....naturally now avoiding the copious amounts of free Porn, for obvious reasons;which, alas will also soon be erased from this increasingly dull medium.
Right, time to get offensive,abusive and display acts of mild bullying.
I fucking HATE Forest!....down in the deepest sewers of my black heart.
Noooooo Not Forest, the superb progressive Folk band from the early seventies, that fucking shit Football team from Nottingham, whose staff are also going on this silly half-arsed boycott.
For those too sensible to have any interest in this petty triballism to know, Nottingham is the  neighbouring city to Leicester (my personal Bethlehem)festering in the East Midlands hinterlands of the UK.
In my yoof  Forest were rather successful,and we Leicester fans never heard the last of it. These Notts... (they hate being called 'Notts' Forest hehehe),i'll say it again, Notts Forest Fans, forgot that old showbiz rule of, be careful how you treat people on the way up,for you will surely meet them again on the way down......and down they went,as far as one can go. Suitably humbled by Leicesters continuing success post 2016 Premier league triumph,we long passed these crowing reprobates ,and for the runners-up prize the same fate befell those other lesser rivals,Derby County,and Coventry City. Shame innit?
Enough Gloating.....well maybe......but,one Forest I do love is this Acid Folk masterpiece  which travels a full circle from Football,of which there is actually very little to like,ne'r mind love? We sad fans are a captive audience,emotionally blackmailed by the super rich and despicable mercenary playing staff....fuck 'em I say. Love my club, but everything else about footy makes my stomach contents defy gravity.
Forest,the folky groop, however, are the opposite of stupidity,greed and big business.They also make some delightfully dark progressive folk music, that strangely ,at times, remind one of The Pale Saints if the 4AD legends had long hair and acoustic instruments.
Thankfully, neither Forest the Band,or The Pale Saints, came from Nottingham, so they're definitely ok by me.
Grimsby gave birth to Forest,thanks to their connections to Hull on the other shore of the Humber estuary,where legendary folkers, 'The Watersons' hung out in the sixties.But, disquietingly too close to Lincolnshire,which does in fact harbor some Forest Fans, and is full of Gammon faced Brexit voters.....double stupid.
Tracklist:

A1 Hawk The Hawker
A2 Bluebell Dance
A3 The Midnight Hanging Of A Runaway Serf
A4 To Julie
A5 Gypsy Girl & Rambleaway
B1 Do Not Walk In The Rain
B2 Much Ado About Nothing
B3 Graveyard
B4 Famine Song
B5 Autumn Childhood
DOWNLOAD a good argument for the deforestation of football HERE!

Been really enjoying all the recent folk shares and love the blog and as a Nottingham lad(sorry!)we share with you and surrounding East Midlands areas a lack of musical history apart from maybe Paperlace,Alvin Stardust,Engelbert and Dave Bartrum that have made it big.(i recall you did a Leicester music mix years ago?)anyway i've never really been a football fan as its always been about music with me although my brother is a big Forest fan.My main point here is a Nottingham Radio Trent dj named John Shaw who was known as a John Peel like broadcaster for his eclectic tastes. As well as having a rock show he also had a great late night show called 'Here be dragons'where he introduced me to the delights of Sandy Denny,Fairport,Pentangle and many more folk artists.So Nottingham has its unheralded heroes so for that alone cant be too bad?!.

Dr David Banner of Nottnum Town.....like the trad folk tune of which i'm sure you're familiar?
Yeah its always fun listing local bands who made it....Not an expert on Nottnum but...... Top band in the world Sleaford Mods fer chrissakes? Anne Briggs?
Leicester had Family.....oh yeah,sorry...Kasabian.....Davey Graham,Deep Freeze Mice,Yeah Yeah Noh, Showaddywaddy (lol)...MC Pitman.....that bloke in Deep Purple,and the really boring one in Queen.
Derby had Kevin Coyne,Coventry had the Specials, and personal favs from the new wave...The Flys.
Lots of obscure groups of course....and a few of them are on the Leicester mix i did for the Premier League win.....

There's a few local band samplers within these pages....although none from Nottingham weirdly!?
I vaguely remember the Radio Trent show.
Looks like Derby are gonna be relegated....shame.
Cheers
JZ

Stay as you are and keep on writing the way you write. Your blog is my daily english lesson: you have style, humour and rhythm. Concerning french hippies and "folkeux", I remember the "Fête Rouge", Paris, october 19, 1975. Program of stage 1 : Dr. Feelgood, John Cale, Captain Beefheart, versus stage 2 : Osibisa, Henry Cow, Tri Yann or Jacques Higelin, I don't remember. Where do you think there was much people ?
The dirty, really dirty white suit of Lee Brilleaux at Southend Kursaal... something like the ultimate class, isnt'it ?
In the name of all the deaf dumb and blind French music lovers, we're proud you have chosen France. Feel yourself at home, you're welcome...
Lo