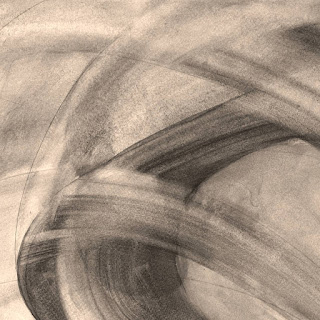 Following on from the Genesis P-Orridge is dead vibe,he did once boast about trying to commit suicide on stage and failing (accidentely) so we shouldn't be too sad,he just failed to die onstage thats all.
I always wondered what the 'P' in his name stood for?.....Why not 'Philip'?....it seems like a good industrial musick nom de plume because there were at least two Philips in the early DIY days of Industrial culture, and Philip Sanderson os Snatch Tapes, and Storm Bugs fame,is one of these Philips....along with Genesis Philip Orridge,and Philip Johnson of course.

Here's a drearily normal 'tell you whats on the album' type  Review of "Back Projection" by Jerry Kranitz from the Aural Innovations blog.I hate reviews like this,but it saves me from writing anything much,and Philip seems to like it so....?

But first,more tedious review background info:
Back Projection was originally released as a Snatch Tapes digital release in 2014, here it is with a couple of bonus tracks curtosy of the Philip himself. It's a largely song based album, which involved firstly creating analogue synth sequences onto/into which vocals were force fed says the Philip.

"Philip Sanderson is a veteran of the UK homemade music/cassette culture underground, his Snatch Tapes label having formed in the heady DIY days of the late 70s. My last run in with Sanderson was his 2012 released Hollow Gravity LP, brought to the world by the Puer Gravy label, run by those creative wild men Eric and Matt of Vas Deferens Organization (VDO).
Back Projection is a 9-track set of 3 instrumentals and 6 songs, apparently the first songs Sanderson has recorded in a long time. As Sanderson explains, “The tracks all started as free-form analogue synthesizer & sequencer improvisations using a long delay to build up polymorphous patterns. With the addition of vocals and some judicious editing these tracks morphed into songs.”
Among the instrumentals is Industrial Shadows, which is like VDO or the Residents playing to the rhythmic riff of Pink Floyd’s One Of These Days. Lost In A Brut Smog is an alien symphonic piece, with avant-concert piano accompanied by whizzing and whirring effects and surrounded by a heavenly cosmic aura. Wind Up goes deep into early 70s Kosmiche, but with an experimental twist, in a way not unlike VDOs Saturation and Zyzzybalubah albums did. I love the planetarium image inducing atmospherics and effects combined with merrily rhythmic pulsations, bleeps and tones.
The songs kick off with Down A Denny Lane, a delightfully odd and dark, yet slightly whimsical song, like Paul Roland with Goblin as his backing band. It’s got a ghostly feel, and a touch of early 70s German Kosmiche, yet there’s also a melange of cool and strange electronics creating off-kilter rhythms and effects. Back Projection is like a twisted cross between Peter Hammill and Anthony Phillips as the song tiddles along at a jagged but gently rolling pace. Kite (we thought it would be OK but the wind changed) is a hauntingly lulling Psychedelic song with a Pagan-Folk feel, yet includes spaced out atmospherics and is peppered with a plodding electronic melody that sounds interesting alongside the plucking medieval stringed instrument. Two songs that approach a gnarled brand of Pop are Ghost Of Substance and Manchmall. The former is a nifty bit of spacey electro Prog-Pop, and Manchmall is a merrily whimsical and melodic Space-Pop tune. Finally, Wonder Where You Wander is a vocal number, but covers much of the territory that the instrumentals have, being a darkly haunting yet cosmically uplifting song.
In summary, this is a fun set, the magic of the music being the variety of creatively strange elements that Sanderson incorporates throughout. Sanderson has a flair for a good melodic song, and these tunes are both catchy and cosmically eccentric."

01 Industrial Shadows
OK so we start with an instrumental pondering what might have been if Hank rather than Cosey had been in TG.
02 Kite
The lyrics are from a 1970s safety film about the dangers of trying to retrieve one’s kite from a high voltage pylon.
03 Down a Denny Lane
“Go now before it’s far too late, go now thee majesty won’t wait.” Poor old Denny.
04 Ghost of Substance
A pop tart track about nothing ghosts.
05 Bubble Drum
If Storm Bugs had coaxed Roger Keith Barrett into the studio it might have sounded like this.
06 Swingers
We had a bearded drama teacher in the 1970s who was so enthusiastic – he wore bell bottoms and a beard. This one is for him.
07 Manchmall
You know how we all enjoyed Faust etc singing in slightly off English. Here the favour is returned in bad German.
08 Lost In a Brut Smog
A veritable pea souper or anagram of Storm Bug.
09 White Van Man
Found my old punk voice in the attic gasping for air.
10 Wonder Where You Wander
Where are all those young dudes who spent the 1980s signing on?
11 Back Projection
Title track, right at the end.

Ah the three Ps - father, son and holy what have you . Rather enjoyed this P - touchs of ye olde Storm Bugs and a certain pop goes the diesel charm. Guess you won't be buying a copy of the JERRY KRANITZ Cassette Culture - Homemade Musicand the Creative Spirit in the Pre-Internet-Age 320p. Book w. 2CD and 2x7inch.

A twisted cross between Peter Hammill and Anthony Phillips? Damn. As a fan of both Genesiseses--P. Orridge and, sorry Jonny!, the Gabriel one--my curiosity is picqued.

@anonymous... Will i fuck be buying said book....for one it should be free,and 2, i'd rather read the operating manual for my vacuum cleaner, it'will be more abstract,with a sense of the absurd,and less of the bleeding obvious audio-realism style descriptions.

Not getting the croos between Hammill and Phillips at all.....no i am ,not a fan as such,but i enjoy Peter Gabriel's Genesis.The lamb lies down on Broadway is a bit much however....like some shit musical.....rather like Peter Hammills whole canon.....which i weirdly adore.

Not really hearing the Hammill/Phillips thing either. Also, shouldn't a "twisted cross" (I hate puns like that--or aybe I'm reading too much into the author's words?) be more... twisted? Hammill and Phillips aren't really _that_ far removed. Like when Daevid Allen sang a Genesis song (Stagnation, I think)--that was "twisted."

Also, how do you distinguish a fan from one who simply, sometimes, enjoys? Maybe I'm just the latter. Though Tony Banks is so freakin weird that it's hard not to be... enthralled. In a sense, Banks is the essence of "punk."

Well,'fan' is a contraction of Fanatic isn't it?..I am certainly not fanatical about Gabriels Genesis, just a passing ,and belated, interest.....but one that I enjoy.
There would have been one or two of my 'Punk' friends who would take issue that 'Banks was the essence of punk'. I always thought that he could well be the most boring man in Pop,always arguing about 13/12 time signatures.Like a Rick Wright (pink Floyd) would could actually play a keyboard.

OK, I guess I'm really only fanatical about jihad. (Kidding? Who knows?). And it's Tony Banks' sheer boringness that makes him "the essence of punk"--it's almost as though he wasn't even capable of playing in a manner that wouldn't be universally described as "tasteful." He's the kind of person who likely uses expressions like "tut tut."

Ah of course the JERRY KRANITZ Cassette Culture is on VOD - sworn enemies of the DIY blog, just like the "Mysterons sworn enemies of Earth, possessing the ability to recreate an exact likeness of an object or a person. But first, they must destroy..."
Alien Drains

Correct Annoymous person, hold the acronym VOD up to a mirror and it reflect back as DIY. The opposite to DIY is VOD.
Yet i'm made out to be Captain Black to his Colonel White.....now which one was the boring meglamaniac in Captain Scarlet?......NO NOT CAPTAIN BLACK he was cool....Colonel White!? He never even bothered to get out from behind his desk on cloudbase!
I never heard of this Jerry Kravitz before this week anyway.
Then there's these trainspotters on Discogs,including that VOD Frank geezer, slagging me off for but remastered versions of cassettes (remastered???) and passing them off as the real deal......they never understood that this blog isn't about showing off how many rare cassettes one has, its about music, and the philosophy/culture therein....as well as writing entertaining text that refrains from arse-licking,and hero worship.As well as a platform to be an arsehole about things in general,
blah blah blah its a different mix to the original blah blah boredom....Fuck off!....which is of course what VOD man does...pour les bourgeois, form his better than yours record collection.
One of the best album titles ever was by Poison Idea...."Record Collectors Are Pretentious Assholes"....very profound.

"its about music, and the philosophy/culture therein....as well as writing entertaining text that refrains from arse-licking,and hero worship." AMEN and thank you!