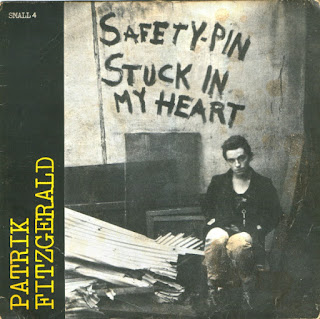 Pictures of Patrik in scenes of urban decay were a regular sight in the music press of 1977/8. Many of the other groups had similar photoshoots,but only Patrik seems to belong there? He certainly had a face that suited being framed by corrugated iron and crumbling plasterwork. Unlike the other punk groups, the clothes he wore weren't selected by a fashion designer, thats how he really looked. Bone Fide Oxfam chic. I think we actually believed that Patrik actually lived in a bombsite,and made a living begging on the pavement......which he probably did!? He certainly lived in a squat,which was a very middle class thing to do for many of his fellow 'squatters', but Patrik was the real thing....at least I hope he was, I have no information to the contrary.
He popped his demo cassette in the letterbox of Small Wonder records and they decided he was 'Punk' enough to be signed up for a string of singles,then sold on to Polydor for the market price. This led to accusations of  'selling out', which in a purists world I suppose was correct? Everybody else was doing it so why not Patrik Fitzgerald?Although as an Unplugged Punk,it was hardly selling out.Punk without the Rock bit.
Here's all the singles and EP's.......except the pseudonymous 'Josef Garret' single which you can get HERE! 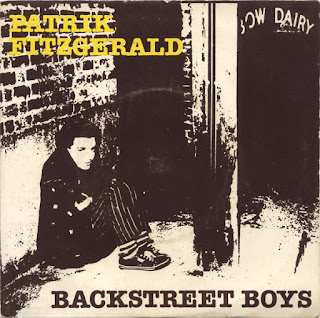 A Improve Myself
B1 The Bingo Crowd
B2 My New Family 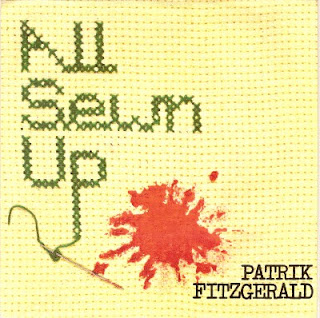 A All Sewn Up
B Hammersmith Odeons 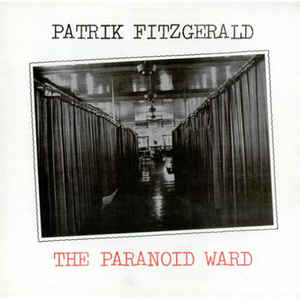 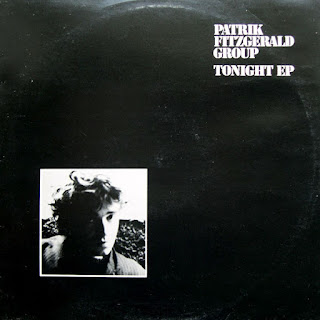 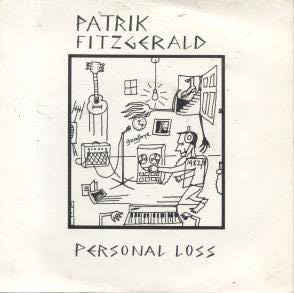 DOWNLOAD these extended patriks HERE!
Posted by Jonny Zchivago at 10:32

Just one missing: "Without Sex/Pop Song, Pop Song" which he sang under the moniker of "Josef Garrett".

Irrelevant Battles is a classic. I think you may have forgotten to attach the Personal Loss 7" - thanks for all you do

As storming a driving tune as Irrelevant Battles is, I've always had a problem about the Sentiment in the lyrics. Very Brexit friendly...even the most impoverished of the underclass are rich compared to the starving in the third world.This look after our own, kind of attitude fuelled the disgusting jingoism that had floated to the surface of the bog water like a fibre rich turd during the last few years post-referendum.
Good Song, though, like Skrewdriver mark 2,who had a few good tunes,but were proud unapologetic racists.....its is not beyond the realms of possibilty that Patrik was being satirical,as he often was in many of his tunes.So maybe he was being a little englander,which he was in stature if not attitude.

I have a Vietnamese grandchild and completely agree with your comments regarding the lyric sentiment of Irrelevant Battles. I don't really care about lyrics for the most part even when I agree with their Sentiment as I don't look to music for guidance on issues. It's still one of my favorite punk songs from way back and I've always been surprised that no one (at least not many) knows about it. Patrik Fitzgerald is kind of a Schleprock and can't win for losing.

What about the Personal Loss 7" that does not appear to be in the download file? Would love to hear it.

The Personal Loss track can be found in exactly the same form on "Gifts and Telegrams'...sorry can't be arsed to upload the 7" version again.