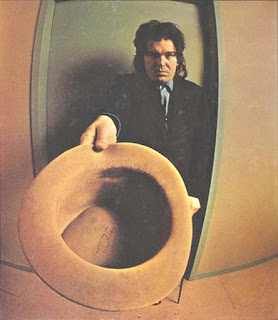 The cult continued,during the 1972 sessions that produced the Spotlight Kid and Clear Spot LPs but ,unlike other 'cult leaders',this marked a new era  with the Captain appearing to have loosened the structural death grip he imposed on his musicians since the Trout Mask Replica LP,allowing them to improvise and express themselves a tad.
These were sessions intended for an album called "Brown Star", but ended up mainly as the style from which 'The Spotlight Kid was culled. A few of the songs were spruced up for "Clear Spot" and even later albums.
There are indeed a few lost classics that should have seen the light of day,but were never revisted, like "Kiss Me My Love"and  "Funeral Hill",which was at least mixed for inclusion on "Spotlight Kid, but never made the cut, as didn't 'Harry Irene'.
There are many versions of songs that hung around for decades before appearing on the later albums, like "Dirty Blue Gene" which was around since near the inception of the group,at least since '67 anyway;then waited 15 years before inclusion on "Doc at the Radar Station".This feels like a lost album,all fleshed out with an obligatory handful of marimba and guitar instrumentals and why not?....I guess the phrase 'Brown Star' is street slang for an asshole is it not? He always had a sense of humour inbetween the pretentiousness and bullying.
I may unleash a tumult of astonishment here, but Don Van Vliet's paintings aren't actually very good are they?
I quite enjoy looking at them, but they're pretty unoriginal,and a tad pointless.I said the same when i saw an exhibition of paintings done by Chimpanzees. They were 'as good', but not, 'better than'.
Donny should have stuck with music;he had potential.
Having said that,as rock star painters go he's far better than Ronnie Wood, whose paintings really are shit.

DOWNLOAD beamed direct from the brown star HERE!
Posted by Jonny Zchivago at 16:11

This is great.
Why is the world so stupid?

good to have all the Beefheart...fell in love at first listening TMR in 71...thanks for all the additional material...