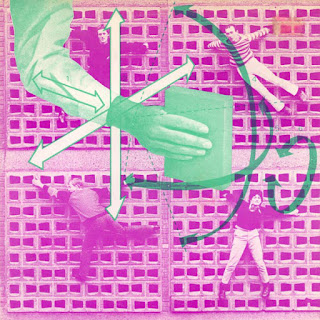 A group frequently seen supporting nigh-on every 'post-punk ' act going, especially Magazine, in 1978/9 was proto-indie arty types Prag VEC.
Admirably 'Prog' free, they were an early pointer to what would become know as 'Indie' to floppy fringed students everywhere.
The band name was apparently a contraction of the two words "pragmatism" and "vector", chosen at random.
Later line-ups featured Jim "Foetus" Thirlwell, whose career went decidedly downhill, musically, from there, but uphill in terms of success.Personally, Foetus is one of those musical projects I can't abide......unlike Prag VEC who are brilliant; even though they occasionally indulge themselves with that Post-Punk cliché of writing a song with French lyrics. A 'proggy' tactic to show your peers how intellectual you are.......it works, and as a bi-product you inevitably get an audience in France; and they will never forget you for it.

DOWNLOAD bits in megabytes HERE!
Posted by Jonny Zchivago at 00:29

One of my favorites. Thanks!

"that Post-Punk cliché of writing a song with French lyrics"

If it's a cliché you can probably think of a dozen such tracks off the top of your head. Please list them below :)

Why You cheeky little monkey!......I can hardly remember my own name most of the time never mind Tracks with french titles and lyrics by post-punk groups!

Yeah, that's the thing, I couldn't actually think of any others, not that aren't French to begin with anyway. I guess you could justifiably say it's pretentious to write lyrics in French; but she has a nice accent and it's a great track, the best thing they ever did in my opinion. Hence the reply ;)