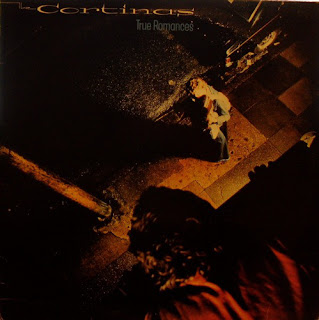 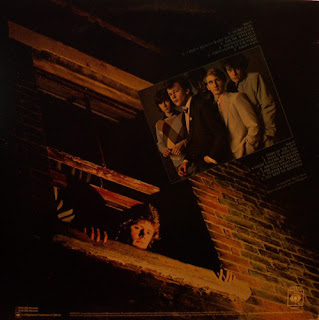 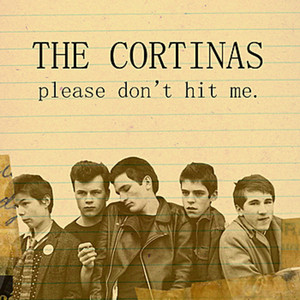 1 Tribe Of The City
2 I Don't Really Want To Get Involved
3 Youth Club Dance
4 Ask Mr. Waverley
5 Have It With You
6 Broken Not Twisted
7 Heartache
8 Radio Rape
9 Justice
10 Further Education
11 I Trust Valerie Singleton
12 First I Look At The Purse

Bristol's premier 'Punks' ,The Cortinas, were one of those few '77 punk bands that looked like kids from the street. No expensive biker jackets,swastika t-shirts and spiky haircuts for these hicks from the provinces.They also played no-frills rock'n'roll rather than the hyped up version of Rock and Bad heavy metal that was the output of the higher echelons of the genre.They even had a singer who sported a proud Quiff, how anti-fashion was that?
The record companies were running out of 'punk bands' to sign up and destroy, so, inevitably the turn of the Cortinas would come.
CBS released an LP based on the Demos they recorded to get a record deal, which was a sterile over-produced version of what had made them a viable acquisition for the label who had turned the Clash into an Adult Orientated Rock act.
Included here are both the Demo versions, and the Official versions for a contrast and compare lesson in why record companies Suck!
Its like giving your mum (or Dad) your dirty jeans to wash and receiving them back washed and ironed with a sharp crease running down the front and back of the trouser legs.
"Please Don't Hit Me" (Valarie singleton) is raw,rough and ready Pub influenced Punk Rock;whereas, "True Romances" is polished New Wave pop,expertly recorded in an acoustically dead studio.....which I have grown to actually like over the preceding 40 years.
Both versions have their plus points in 2017, but for the time, it is astonishing how unbelievably stupid record executives/producers were in 1977/8 and beyond.Punk Rock was universally misunderstood by almost everyone in the business, and these two LP's stand as a testament to that.
I suppose it's like myself producing a Hip-Hop album.....hang on...no i think i'd do a good job on that one actually....and i'd love to produce someone like that ginger bloke with the small acoustic....er...Ed Sheeran, thats it; and I wish I could have produced The Cortinas in 1978 too.
The cover is another issue. Looking through the 'New Wave' section in Revolver, Leicester, in 1978, I was looking for this album and couldn't see it.Asked the assistant and he flicked through twice and found it. It just so invisible, like when Man United played in a Grey kit and lost 3-1 against Southampton.The manager complained that they couldn't see each other. After changing the kit at half-time they still lost.......if CBS changed the cover at half-time I reckon the sales would have shadowed the fortunes of Manchester United that fateful day, and sunk without trace.
Yep big business and art don't go together, just like Footballers and brains......and the colour Grey.

I LOVED (and still do) the first 2 singles. When ebay was new-ish True Romance was one of the first things I bought. Expectations were high. My disappointment lever was higher after I listened to the album. I'm curious about the demos, so thanks for posting them!

Since you're on a Bristol (and anti-Bristol) bent, I wonder if you enjoy (or detest) the music that Gareth Sager and ex-Cortina Nick Sheppard made together in a band called Head. I can share their three LP's, if you don't already have plans to post them.

Some of Head's songs suffer from the "enforced jollity" that you recently described (YOU WILL HAVE FUN!), which can be just as bad as its opposite: po-faced political self-righteousness (YOU WILL FEEL GUILTY!).

I made an obsessive series of compilations from Gareth Sager's many recordings since the demise of the Pop Group (with Float Up CP, Head, Pregnant, etc.) Maybe someone here will enjoy them:

No plans to post any Head....I don't have any, or have heard any.
So feel free to leave some links here.
YOU WILL HAVE FUN started to creep in during Punk with the singer regularly complaining that no-one was dancing!!!?.....what the fuck were they going on about?.....dancing to songs about having No Future and having nothing; nothing to enjoy there surely?
Then we had the fucking Specials, where everyone was expected to go nuts to somgs about urban decay and being trapped in relationships.
This is why Throbbing gristle became so attractive.....i didn't see much to dance about personally.

Indeed Ollie, the first two singles,and the Peel session were great pieces of early punk rock......the demos are also in that territory,just lacking that killer tunes or two.

Ah. Revolver Records. Remember standing in there, staring at the cover of LAMF and wondering what the hell people who looked like that could possibly sound like. That Punk/new wave section was a real godsend. Meant I could happily ignore the entire rest of the shop.

Yeah, i loved that section. Especially because it wasn't split into alphabetical order,and virtually anything with a vaguely 'punk' connection got shoved in there.
Luckily, my school mate sold me LAMF for £1.50 when he went all Northern Soul.Great cover photo,great album.
Another place i liked was HMV's singles section in the Haymarket,where all the singles were just chucked in a pile resembling a jumble sale...very punk roc i thought. For some reason there was about thirty copies of Wayne County's 'Fuck Off' ep ,and at least ten copies of the "Raped" single there for ages.Just waited for those irremovable HMV sale stickers to ruin the sleeves and then I could afford them at 50p or less.

there best stuff besides there two singles