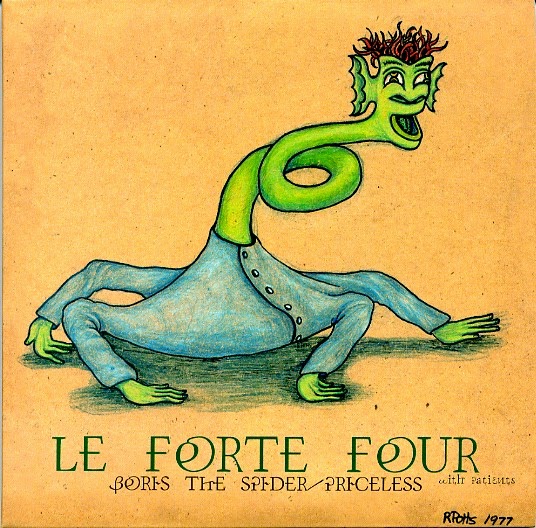 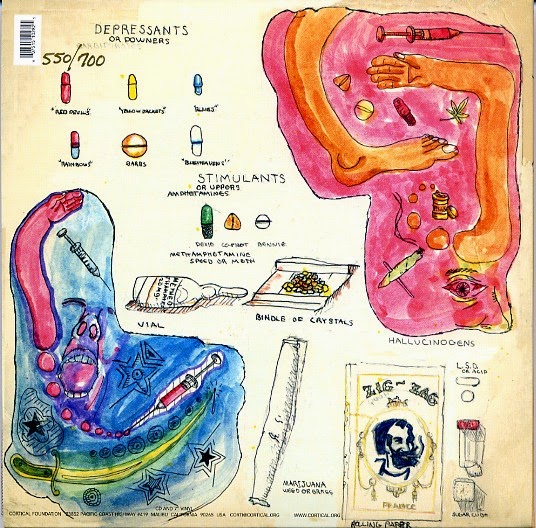 Remember when Philip Glass made a minimalist 'Symphony' out of David Bowie albums, well, this is Le Forte Fours' Non-music symphony based on the Who's novelty hit,  Boris The Spider.
I've always liked the idea of doing hour long versions of popular tunes,and this is a pretty decent effort at subverting the popular form.
Recorded around 1973,the song itself appears only as a chaotic band rehearsal crossed with 'The Trogg tapes', buried amongst a collage of looney toons recordings from the TV, excerpts from The Mothers of Inventions fine 'Uncle Meat' album,Dr Demento show, Monty Python, and various other stolen moments from various media forms. Fundamentally a nascent form of Plunderphonia, reminiscent of fellow LAFMS artist Dennis Ducks Disco album.
This is either a tribute to their main influences, or a comment on the flood and over-availabilty of art as entertainment,which changes almost every day like switching over hundreds of TV channels with your remote control in the comfort of your living room.Theres too much information, too much art, and too much that passes for 'Entertainment' ; so much of everything,that it all drowns in itself,and kills any possibility of real originality. Nostalgia for the days when we had freedom from choice rather than no choice, but to have freedom of choice ; far too much choice.
Or,as I suspect,were the Potts brothers and friends just having fun?
As I like Looney Toons cartoons,The Mothers of Invention, and members of the Who(but never Daltrey)always seem to make up part of my fantasy Super Group of Rock, I have to like this record........and I do.

DOWNLOAD this priceless spiderweb of sound HERE!
Posted by Jonny Zchivago at 08:46