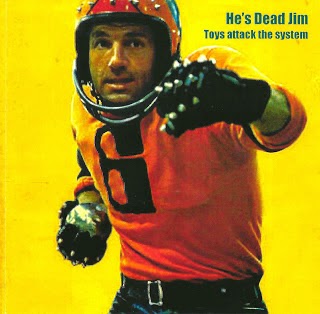 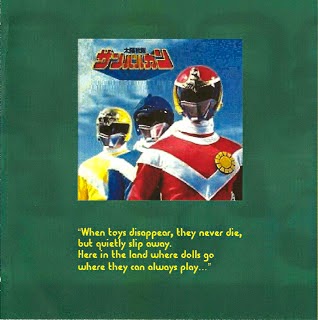 Here's a treat for all you vast legions of avid He's Dead Jim completists out there! Some unreleased garage recordings from those grey days of 1983, when we had to endure all things Goth. This trend went mercifully unnoticed in the HDJ garage.
As the nations' youth dressed for the funeral of rock'n'roll,and Bauhaus finally gave it the coup de grace; HDJ continued making energetically dissonant punky pop songs in their Aberdonian garage.
This collection shows a musical sophistication of sorts,its even 'funky' in parts; and there's a.....gulp!.....ballad?
Don't worry, its still a raw lo-fi racket, albeit a more cultured raw lo-fi racket.

"More garage recordings, this time from 1983. These have never really been distributed in any form, until now. By this point we'd learned to play, a bit, Andy had joined on drums and brought his bass pedal with him, and we were experimenting with different musical styles. Depending on your point of view, this may be a blessed respite from the grindingly primitive monotony of earlier recordings, or laughable jazz-odyssey pretension. On Siren you can hear the distinctive sound of the shittest and tiniest keyboard ever invented, the Casio VL-Tone, and we even attempt a ballad with Stolen Heaven. But fear not, most of this is still a grim and cacophonous sonic ordeal."

DOWNLOAD these attacking toys HERE!
Posted by Jonny Zchivago at 22:25