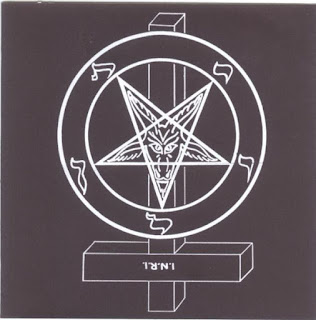 Satanism has to be the stupidest Religion among an ever expanding  plethora of Stupid Religions or what?
Assuming that Satan exists (He doesn't by the way), worshipping this entity, automatically assumes that God exists also. Therefore condeming yourself to an eternity of torture,when you could have easily groveled to that other entity who promises you a cushy after-life in Paradise!?..what kind of stoopid fuck chooses to be a slave to something who repays you with eternal punishment?.....answer:.. at least one extremely dull idiot called Robert Jamra (not his real name I suggest?).
It is also the most boring, over serious bunch of crap that could ever turn you towards doing something genuinely evil, like joining the Republican Party, or investing in Coca-Cola.
Satanists appear to have no, zero, sense of humour at all; and listening to Jamra droning on about this shite for forty minutes makes you wanna slash ones wrists in the certainty that you ain't gonna meet up with either rival entity to be judged,let alone punished, just eternal silence in oblivion.
There's also something irritatingly adolescent about Satanism too.One knows they're only doing it to rebel against societal norms,like Heavy Metal fans,but without those lovely riffs.
Well, here's an adequate, and equally adolescent summing up of all this silliness.....Why don't You silly Satanic Twats just grow up or, preferably, Fuck Off please?

A Armageddon
B1 Invocation
B2 Sacrifice
B3 Satanic Truth

DOWNLOAD from down there HERE!
Posted by Jonny Zchivago at 22:25

I have a very rare CD copy of this album for sale on Discogs. :-)

You goddamn legend! I have been looking for this for so many years, and I'm sure there's a load of others who feel the same way. May you have the best day of all!

The whole idea that some entity requires worship exposes any belief or faith as bullshit. I've yet to see an example that didn't, 'cept perhaps JR "Bob" Dobbs, but then again, he'd be the first to admit the sham. 'Here's some swag, just give the money and shut the fuck up!'

fao Anonymous....I hope you ain't gonna do any deal with that naughty devil man now you've been exposed?

May be for sale on discogs, but its free on here....spend the money on having fun instead,as The Church of Satan recommends, and no shelf space required either.

I dunno, The Satanic Temple is renowned for its sense of humor - their Baphomet statue with the little adoring kids that they're trying to erect next to 10 Commandment monuments in the US are awesomely funny. And Lavey did promote the Church of Satan with topless go-go dancers. Have you not seen the recent documentary Hail Satan?

I find nearly all of Christianity hilarious, but they definitely don't mean it to be. Most satanist/ism is dour,
LaVey certainly was not 100% serious,and a lot of its modern members are only there because its some kinda more hard hitting version of The Church Of The Sub-Genius,so they can flash their 200 dollar membership card to shock christians.That I understand.
Will check out Hail satan,the doc.

I assume you got the album from Mr. Weird & Wacky. It's nearly impossible to get a proper rip anywhere elsewhere. Fun fact: His rip is a submission from my CD.

Nah, got rip from a certain peer2peer protocal. It may well be your rip however?

This Jamra guy has some major issues! Delusions of grandeur, extreme misanthropy, misogyny... it's like he got dumped by his one true love when he was a teenager and never got over it, just getting angrier and angrier as he developed his majorly immature and totally stupid notions of Satanism and arcane knowledge(ie. a teenage boy's idea of what Satanism and the occult is). This made me laugh out loud many times throughout the playing of it - so much so that I had to wonder if this was actually intended as a parody album? If he's serious, he'd be better off killing himself! A very cool artefact, though :-)