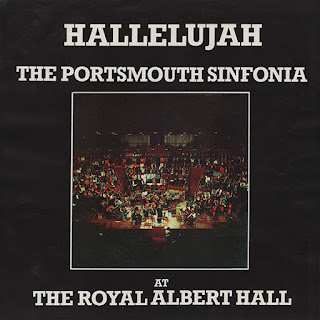 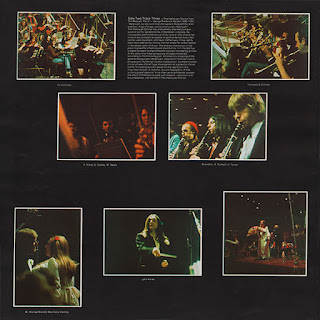 "Without the arts and sciences,and without music especially,life would be a dreadful mistake.Music begets happiness,and music begets peace;and its through peace that we arrive at the truth and goodness which makes life meaningful and unveils its highest values." (Michael Bond 1974)

I couldn't have put it better myself, maybe missing a few expletives, but essentially, therein, lies the meaning of life.
I've mentioned the sheer Joy this music can invoke in even the most miserable of old sods,and thats some kind of inexplicable magick, is it not?(Check out the first audience-less album Here!)
I have sat through an hour or so of  some unremembered classical renditions surrounded by a sparse audience of the self-elected elite,in their best bib and tucker, frowning at the musicians,while i was stifling yawns. For one it wasn't fucking loud enough,and as far as i could see they were just playing the notes,which is only 10% of any music.No Magick.......(yeah I know....there are classical musicians who do have the 'magick',but not where i live there ain't!)
The main theme of this project was to make this music 'inclusive' rather than exclusive,for everyone rather than just the 'Elite'.A more popularist,less uptight, version of assasinated avant-garde composer Cornelius Cardew's  'Scratch Constitution', for musicians and non-musicians alike, which was basically a recipe for controlled anarchy, written by Cardew and published in the Musical Times in June 1969. Its aim was to bring music out of the ivory tower and to involve large numbers of untrained people in making music.Very similar to the Sinfonia and the effect Punk Rock had on Rock and Pop music.
When Wagner's Ring is being performed, there's never enough laughter from the audience.Lets be honest, most of Wagners work is as patently ridiculous as any comedy music,however deadpan it is.If there were laughter or sniggering of any sort, the perp's would be first the victim of agressive 'Shushing", (there's even an audible 'Shhhhhhh!' from an audience member on this recording?), and futher inflagrations would result in their expulsion on the end of a door operatives shiny jackboot.
Never forget there were classical orchestra's at all the Operation Reinhard camps and in every Ghetto under arch-wagner uberfans, the Nazi's.If there was a Treblinka Sinfonia, I have mass grave doubts they would have been allowed to finish the first section of 'Ride of the Valkyries' before they were bundled into the nearest poison gas facility......theoretically anyway,as the jury is now officially out as to whether there were any gas chambers at all,or even a camp at Treblinka......but,if there was,please let there have been an equivalent to the Portsmouth Sinfonia sheparding the victims joyfully to meet the choir invisible;and may the Choir Invisible be somewhere near approaching the skill levels of the Portsmouth Sinfonia Choir doing Handel's Messiah. What a way to enter heaven!? Maybe the prospect of eternal paradise isn't so boring after all?
I'd love to hear The Portsmouth Sinfonia do a version of "The Sinking Of The Titanic" by the man who started all this madness, Mr Gavin Bryars. I can just imagine the doomed proles in steerage being consumed by the icy black waters, laughing hysterically as the Titanic Sinfonia played an atonal version of 'Nearer my Lord to Thee' as they joyfully gulped down their last breath.
Apparently Drowning causes a feeling of euphoria as your brain shuts down.We just need something for that transition period when one is inhaling the brine.......we now have the answer.

Music is Joy,and Joy is life and life, can be, forever?
The eternal NOW!

DOWNLOAD the antidote to being a miserable bastard HERE!
Posted by Jonny Zchivago at 10:48

Thank you! Never got to hear this one, and I'm really looking forward to the Piano Concerto. I think Cardew was wrong to renounce his avant stuff: it may have been kinda high falutin' in certain respects, but his heart was in the right place. Weakest link notions don't always apply in music--often, the inexperienced or even just plain mediocre can elevate music. Not just the Enos and Gareth Williams, even Beatles music is more listenable entirely due to Ringo's inability to do a roll and his refusal to practice.

Many thanks for this,didn't they release a single that scraped into the 'pop' charts at some point "Classical Muddly",I think.

Jonny, that quote you opened with about music reminds me of this story John Cage used to tell. He and a colleague from India had agreed to introduce each other to the music of their respective cultures. At one point he asked her what purpose music served in India, and she answered that it was supposed to quiet the mind and render it susceptible to divine influences. Cage said that he immediately replied, "That's what I think!"

Parmalee, I lived in Providence in the '70s and maintained friendships there into the '90s. (Also I used to play with the band Cul de Sac, and we recorded the CD "Crashes to Light, Minutes to its Fall" in Providence in 1999.) I never played with Alec K. myself, but I saw at least three of his bands, and the guy that played junkyard percussion in Space Heater (the first of his bands I saw, and I believe the first he had) was an old roommate of mine.

As a most miserable old sod, this is a delight Never had a chance to hear this one. I imagine it'll be the best fun I've had since the 1st one. thx agn.

Many thanks, hilarious recording but amazing!