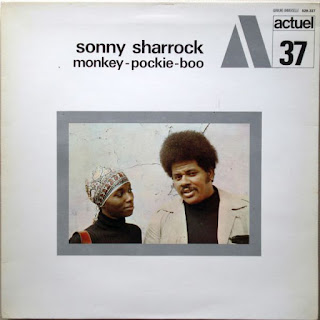 You know, I don't have a problem when anyone,upon hearing this record,and hundreds like it, say that its a pile of utter shite. I totally understand.
Yeah, we 'sofistikatid'(sic) music bores (I'm so arrogant that I include myself in that category,but obviously not the boring part) can look down our smug noses at them (and MAGA-non's), alluding to their lack of intellectual depth,and scoff ;but they have a point.
It's not their fault that they haven't been exposed to such a huge volume of music in one's life so the Abstract becomes Pop reflected back at you from a mirror. You don't become entertained by stuff like this from year zero.One has to start with the childrens music, like U2 for example, then take another couple of decades re-learning how to listen to music that sounds like it was actually made by children rather than teenagers trying to be....,here's that word again.... "Sophisticated".
As Picasso said, and I've used this quote quite a few times over the years, "It took four years to learn to paint like Raphael,but a whole lifetime to paint like a child". Not that U2 is the musical equivalent of a work by Raphael, but "Monkey-Pockie-Poo" is certainly a Picasso,although probably more of a automatic painting by Pollock. A conventional piece of music cut up and reassembled  into something primal and challenges the definition of Music.....maybe even defining it as the "utter Shite" that the vast majority of Human kind would have us believe that this is. It helps that I like utter Shite as it happens,and am also a purveyor of the Good-Bad,like The Shaggs for example. This Sharrock outing is Good/Good,rather than Good/Bad. The Shaggs had no clue what they were doing, but there is some obvious thought behind this album at least.It may be just a case of 'Hey!Lets Do What Ornette Coleman does,but with Voice and Guitars",or it may be far deeper?Either way there is a concept involved.Even the adoring Linda looks like she knows what she's doing.Back on wailing vocalisations duty,and there's what seems to be a guest appearence by The Clangers on "27th Day".......but,you know what?There are times when I think I don't know what the fuck I'm going on about,or even why?....don't blame me, i'm writing automatically.....i'm THAT "sofistikatid"!
Tracklist:

Here's a wonderfully insane session by Linda & Sonny (and their band, dubbed "Savages"), in case you haven't heard it:
https://archive.org/details/SonnyAndLindaSharrock

Bitchin' and thanks to kitchencountertop, too!