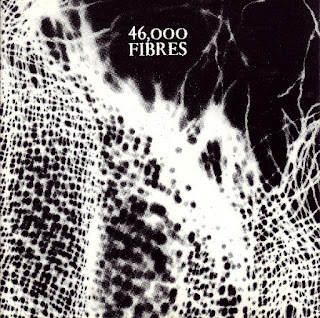 I was looking through the bargain box in the old Ultima Thule shop in Leicester,looking for some 50p Polish Folk albums and marked down Hungarian Prog back in 95',when I spotted this. Read about it whilst glancing through the Wire in WH Smiths' magazine section.....much better than actually buying it.
Free Improv it said,and so it was,with hints of This Heat and they obviously liked Can,two influences that tempt one to replace the CD back on the rack and ruminate once again whether to buy an Urban Sax album again....something that I still haven't done 25 years later.
I'm always suspicious of groups wearing their influences on their sleeves,it stinks of record collectors making music and other music bores......rather like myself.Look,if i wanted to listen to myself i'd go and knock out an album,so I don't need anyone else to do it for me ,comprend?
I was indulging in a facebook argument about some shit, when one of the participants said he was in a band...yep...guess what he was in 46.000 Fibres. I said 'hey I got a record of yours', "Emanates". He reckoned that this one was the shittest thing they ever did. I didn't disagree, but it's actually quite good;in fact if a group member says one of their works is shit, it usually means,contrarily,that its the best thing they ever did.Always pushing product ain't they? I got a new album out syndrome.....capitalist bastards all.
They're still going today...46.000 Fibres.....apparently.
Tracklist:

Thanks--this is great! I like how it sounds like they keep trying to play that sequenced VCS3 track from Dark Side of the Moon. For the record: my forthcoming record contains only the shittiest tracks.