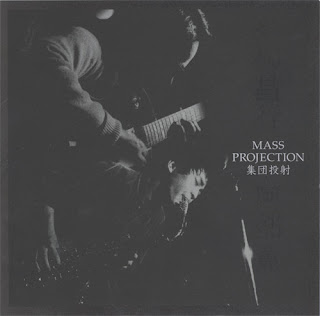 Its that Japanese Sid Vicious of free improvised Jazz again (Abe Kaoru). Seems he was a bit of an arsehole,.....correction, a lot of an arsehole, like a large number of musicians,and Artists give the impression of being.So Kaoru shouldn't feel victimized by my post mortem chastisement. It appears to be an important,and popular pre-requisite required to exist in these particular creative spheres.Where would we be without an arsehole or two to empty our bowels after a hard day at the Job Centre or queuing for an experimental vaccine? Without an arsehole we would be more full of shit than we think we are.
Why we, the public, seem to be obsessed with these self important self-destructive deconstructavists i haven't the foggiest idea. Act like a complete twat for three or four years then die and you're made for life...or death, as seems the more popular career path to immortality than actually just making something great and being er...nice?...fuck that. Yet here we stand, drooling over these mentally dysfunctional attention seekers, hypnotised by the mystique of self-disintegration coming forth from this incoherant rage at the so-called establishment,these fuckers are as much a part of the establishment as we are. I guess that very few of these icons of filth ever actually follow through with their own funeral,so that explains the obsession,the t-shirts, and the endless post-mortem archive releases...of which this is one.
Kaoru looked, acted and sounded as if he was going to self-immolate,leaving a molten saxophone and a pile of ashes to remind us of the rage.At least he played some ferocious sax,and was honest enough to actually fulfill his destiny of sucessfully destroying himself...not that he didn't try to take someone else with him in between beating up his pregnant wife. Move on, nothing to see here,just a rather ruthless free jazz masterpiece that sounds like a Guitar and Saxophone being attacked by an angle-grinder for fifty minutes.

found this strangely mellow one live in a classroom over on inconstant sol...https://1fichier.com/?waje9w8ohyfci4xrmjfv

I'm going to send this to Guantanamo Bay, Cuba, to use in their torture chambers. I think they'll like it.

Nowhere as near as effective as Barney the Dinosaur and Metalica played at full volume on repeat all day(which they used)....this stuff is nuanced and has something to think about and appreciate...not for terrorists.