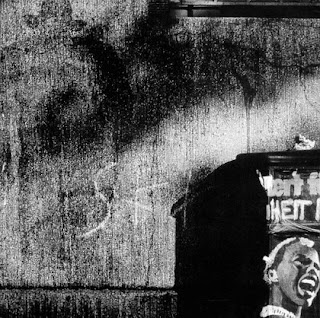 No it's not cif's debut album repackaged, it's their third(?) LP with the same title as the first....such imagination.I do however like the idea of naming all your albums after yourself, like Peter Gabriel did on at least for three occasions in his back catalogue. S.Y.P.H did it only twice. The first eponymous album from the year before was more forward looking than this one strangely enough. This 1981 self-titled outing sounds like Can's "Soon Over Babaluma"(not one of their best I may add), especially the side long 'Little Nemo'.It even has Holgar Czukay on Bass and in the producers chair.So S.Y.P.H. managed to become their favourite group's younger and dumber brother within a couple of years of trying.Some going that.

SYPH gave their song Little Nemo to Holger in exchange for more studio time at Innerspace, and he used it as the basis of his track On The Way To The Peak Of Normal. It's a Phact!

In fact this is their 4th album, 3rd one is a compilation of a totally improvised show at the S.O.36 in Berlin and a selection of rehearsal tapes (http://brotbeutel.blogspot.de/2009/07/syph-live-hier-und-da.html)

This is just as much a Holger album as it is a S.Y.P.H. one, and the racks were recorded during the same sessions as "Pst" in 1980, hence the long version of Nachbarn. Although they were regarded initially by the band as useless odds & sods, the maestro had other ideas. As any Can fan knows, Czukay would edit and tweak things until sometimes the music was almost unrecognizable from its original incarnation... "Oh Lord Give Us More Money" on the Movies album featured so much track manipulation that Holger was able to transform his own clueless guitar noodling into making himself sound like a respectable lead guitar soloist, one cut & pasted note at a time!