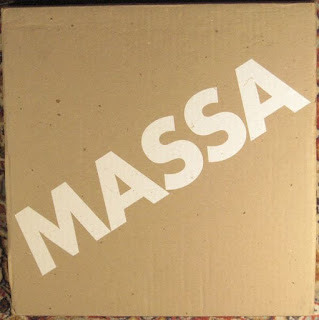 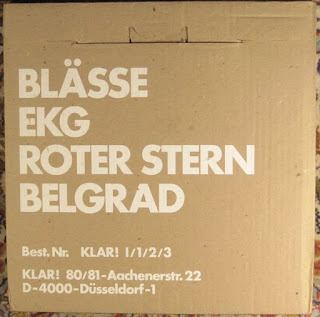 Blässe are the ones to slap the 'Jazz' label on because they have a Saxophone in the line-up;but it has more to do with american No-Wave than anything Jazzy.
EKG are more your conventional minimal Post-Punk outfit,with a tight rhythm section ,choppy guitar and barked vocals.Kinda like DAF meets Delta 5......a fine combination methinks?
Roter Stern Belgrad are the least dated sounding band here. They could be from 2017, with their analogue minimal electronic bleeps and squelches.I could imagine the cool kids dancing to this.....whether that's a recommendation I doubt it,but it is an observation on its timelessness.
Altogether I can't fault this shared cardboard extravaganza.None of these bands were ever heard of again beyond a few compilation appearances and live tapes.......now that,I like.
Tracklist:

Well, there's at least one coming up.

thank you, one I have been waiting for.
A later example of great German mostly harmless music is Pfadfindertreffen Auf Immenhof! 7'' ep from 1991.One of the many indie products of the 2nd wave of german new music. Very close to the TV Personalities