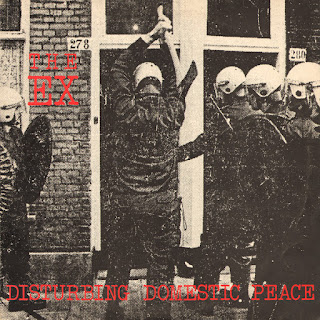 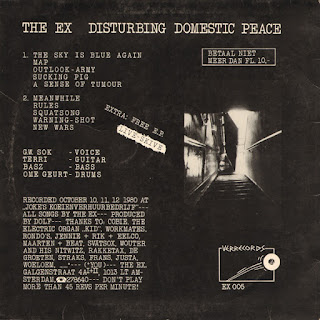 Not had enough preaching punk rockers yet?...No?...
Well,If you thought The Rondo's were bad, their Anarcho-punk rivals are still at it today, although they've dropped the ranting punk thrash for a more experimental approach,involving that great 'no-no' 'world music' at some stage.
The big difference between The Ex and The Rondo's was that the Rondo's were self-righteous uber-socialists, whereas The Ex were self-righteous 'Anarchists'......like our mates Crass.
Another big difference was that The Rondo's quit in 1980, but The Ex carried on playing the same tired generic choppy anarcho-punk until the end of the eighties at least. I was playing this album on my iTunes and hadn't realised it had moved on to their 1987 album on Ron Johnson Records, "Too Many Cowboys",I looked up and noticed it was no longer playing "Disturbing Domestic Peace".It sounded exactly the same...probably with different over wordy ranting atop, but otherwise it could have been the same album.
Far more accomplished musically than either Crass or Rondo's, the Ex took at least a decade to move on.The Rondo's complained about the danger of being 'Accepted', The Ex are now 'accepted' as avant-rock elder statesmen in the pages of such elitist publications as 'Wire' magazine, and the Rondo's forgotten.

A limited edition came with a 'free' EP, called 'Live Skive', which includes a tune about what and what not is 'Punk'...called 'Punk'.So take note about what The Ex say 'Punk' is...and do the opposite. 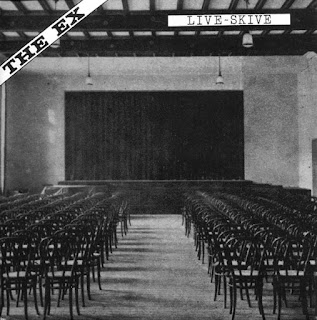 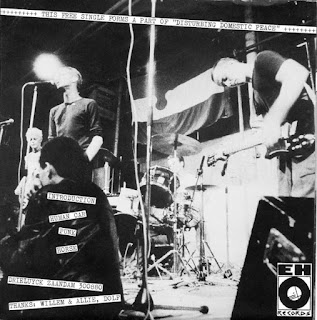 DOWNLOAD and live the skive HERE!
Posted by Jonny Zchivago at 11:10