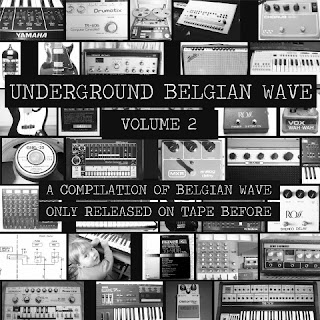 Lets start with that perennial palour game which is 'Name five famous Belgians'...here goes....er 'Hergé', Jacques Brel, Jean Claude Van Damme, Plastic Bertrand ....er......,a footballer i suppose...Eden Hazard...he did score the goal that clinched Leicester City the Premiership so he's a legend in this household.)I could also add several Belgian electronic duo's who are famous in these parts, Absolute Body Control, The Neon Judgement etc....but no-one's heard of them for some unfathomable reason!?
Also brought to mind is the Monty Python sketch on Prejudice, where there was a competition to choose a derogatory term for Belgians.
"Mrs Hatred from Leicester said "Lets not call them anything,lets just ignore them.".....which is what most of the planet do anyway.....the winner was "Miserable Fat Belgian Bastards!".....which ironically describes perfectly your average prejudiced Brexit supporter....."Miserable Fat Brexit Bastards".

Well, we here at Die or DIY?, don't ignore Belgians, because they made some of the most lovely in-yer-face electronic underground pop music thuggery this side of the Pecos. So I will spoil you with another volume of ,cassette only,Underground Belgian Minimal Wave.

Speaking of Jean Claude van Damme.... Not a big fan of his movies, BUT, a few years he came out with one, called JCVD and it was the funniest shit, he plays himself, going home to where he's from, a pretty poor area in the French speaking part of Belgium where they closed down all the mines, hence all the poverty. He goes into a bank and while he's there the place gets robbed, robbery goes wrong, everybody taken hostage and in no time it's on the news all over the world, Jean Claude Van Damme robbing a bank, hostage situation!! The robbers are complete idiots but big fans... End of the movie is just him, looking straight into the camera and he talks for like 15 minutes at least, what it means to come from Belgium where he was quiet successful, karate champion with his own school, sleeping for God knows how long in a car in the States (or was it Canada?), finally getting his break, a super heavy cocaine addiction, getting cleaned out because of a divorce, the emptiness of fame etc. gotta say, after that movie I liked him a lot more, recommended!!!

Had some super weird adventures myself in Belgium, I'll just say this about that, when an ex-girlfriend calls you and asks you to come for a week to Antwerpen to stay in a castle for a whole week of macro-biotic eating and all kinds of activities, say NO!!!!

oh my god mate please keep this about music and not politics. you don't even live in england anymore so how would you even know what's going on..

Er....nah.
You could try and not read the so-called political bit if you don't like it.......its not politics anyway, its just basic observation.
Lets guess whats going on in blighty thats making you so uptight....er......too many immigrants is it?

British people roam throughout world conquering and pillaging, and then set up shop on top of the burial grounds: Normal activity as God intended.

Other people learn English language and identify with British culture, consequently moving to England for a better life: Miserable invasion of sacred land!!!