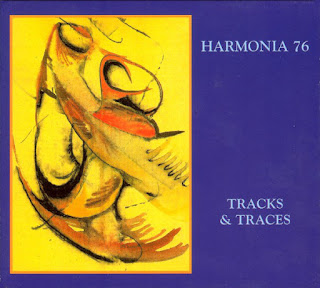 Most so-called 'Krautrock' was utter rubbish of course,mainly concerning a bunker full of hippified jam sessions and synthesiser knob twiddling.For every 'CAN' you had a hundred Amon Duul 1's.Other exceptions included the main players like Cluster (both with and without the 'K' or with or without Konrad Schnitzler),Faust,Early Ash Ra Temple,Guru Guru,and maybe even Tangerine Dream?

Notice I never mentioned 'Neu', who one really had to be there at the time to appreciate their impact. I heard 'Negativland'(The tune not the band) in about 1981, and thought 'wow what a group' So I sought out "Neu 1" and "Neu 2",which apart from that one track were utter shite, especially "Neu 2", which involved one of the tracks played at three different speeds!?....I did However appreciate the monotonous drumming, if not that flaccidly dull drum sound.But for the time they would have been a refreshing, almost 'Punk' style of no-nonsense simplicity, and a rejection of the endless guitar solo's and technical expertise that had given Rock'n'Roll a near lethal injection since 1968.
Michael Rother, of Neu, was also in Kraftwerk when they were krap too!....but the boy done good when hooking up with Cluster to form Harmonia, who were a fair to middling ambient motorik combo, much hyped by cool muso's everywhere.
Of course, Brian Eno had to get involved at some point, and here's the posthumously released (1997) tapes of those sessions in 1976.
Very soft and bubbly ambient rock they are too.Something to drift off to sleep to of an evening;and I don't mean that it's boring, just some type of musical heroin, but a lot less addictive. You can play Harmonia once and don't feel the need to go back immediately for more,unlike that opium plant bi-product for chavs and rock fantasists everywhere.

I first heard this album in the late 90s and it has been a firm favorite ever since!

I remember torturing my mates with Neu 1 during a camping holiday in holland in 81 after i just bought the record, big fun! I totally agree with you on dull Neu 2 but Neu 75 and Neu 1 remain as merry teenage days soundtrack.
Harmonia`s first album perfectly keeps the balance of non structured drones and almost pop like tunes. Their collaboration wih Eno sounds unfinished somehow whereas the Cluster and Eno album is far more convincing.

There exist an album called Neu 72 which is no official release but a bootleg recording from one of the rare occasions that Neu performed live. In fact was it not recorded during the actual show but at an extended soundcheck/ jam session. I don`t know but somehow it is not so impressiv I think. Maybe it is because of the poor sound quality or the fact that there are just three lengthy tunes.

Thx. A lot of their second album, Deluxe, can be heard in Bowie's Berlin records. W.