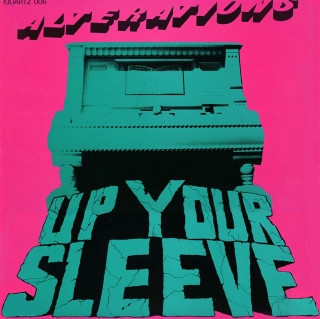 I said i'd post this in response to a request....which is handy so we can move on from the Synth-Punk thread one was in danger of weaving.Like an escape from Rapunzel's tower,.....did I tell you all about the nutjob in Leicester who built a replica of Rapunzel's Tower in his back garden,as a disguised entrance to his nuclear bunker;fully stocked with cans of Heinz Baked beans and Coke...original flavour of course! Oh How we laughed!?....until now,as he looks like the sane one,and we are in danger of getting irradiated by a nuclear Tidal wave. I didn't ask if the entrance to Rapunzels' Bunker was water tight?I assume it is.
Alas, fear Not, for the Russian threat is but mere fantasy,as there were several under water H-Bomb tests in the fifties,and lo and behold....no Tsunami. Just like all their other 'super-weapons.....they're running out of processing chips.Oh How we Laughed....hang on, haven't i said that before?
There's a Door and the Window reference in there, (I Feel Like a Doris),so this must be something to do with the London Musicians' Collective....which of course it is.It's got David Toop and Steve Beresford on it from the more lauded end of the LMC.
These chaps were taken seriously,but never by themselves.
If you're an open minded individual, as a rapidly decreasing percentage of the populous is year on year,this non-music is a pure expression of freedom,and anyone who doesn't like it can leave the room,which they would certainly do if encountered in the wrong environment. This is the kind of degenerate art that Putin will be issuing death sentences for in a few years,in the post nuclear wasteland that was once known as the Russian Federation.
The tune "Party Political" by this LMC sooper groop,is,lyrically, thee best most incisive dissection of the Political zeitgeist I have ever heard.....read these words as a manifesto for freedom :
"Don't Listen to Electrical Wholesalers,
Don't Listen to Greengrocers,
Reject their Ideology,
Don't Listen to Wholesale Greengrocers,
Don't Listen to TV Repair people.
REJECT THEM!"
Can't argue against all that...except that TV repair people no longer exist,as buying a new TV is far cheaper than getting it fixed.But all essentially true.
Tracklist:

A.1. He Feels Like A Doris Day
A.2. Trail Of Traps
A.3. The Life And Opinion Of Masseur Ichi

B.1. Not So Dumb Deaf And Mute Heroine
B.2. Fear Of Mayonnaise
B.3. Stand By Your Sheep
B.4. Party Political