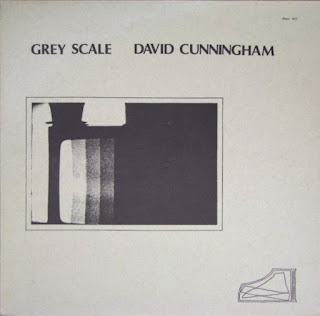 The first Piano release,made by cold storage recording studio main man, David 'Flying Lizard' Cunningham, was this minimal systems music offering in praise of the 'Error'. Without which nothing any good would have emerged from the primordial soup of music,slash, entertainment,slash everything.
Without error we would all still be banging drums in a cave in the south of France. Some people still are,mostly Hippies hiding away from having to get a job before the trust fund matures..
Without 'Error', mother nature would only have ever produced a rock,or a gas, or a Piers Morgan. There is an inherent need to mutate. Musical notes boast more than just a passing resemblance to the genetic code, so any note or gene in the wrong place can lead to the most horrific or exciting developments.Like evolution, if there's a need for this mutation, it will be used, but the mechanics remain in the background,....on the Grey Scale.
I'll let  David explain the Error System to you daft lot:
"Error System
The players play a repeating phrase. As soon as one player makes a mistake that mistake is made the basis of his repetition unless it is modified by a further mistake. Thus each player proceeds at his own rate to change the sound in an uncontrollable manner. On no account should 'mistakes' be made deliberately to introduce a change into a performance. In short - sustain your errors.
The water piece and the guitar piece are analogous to this process. However the process is automatic here, an inherent quality in the machinery used."
I found myself watching the hideous spectacle of Glastonbury 2022,last evening,with its endless reams of error-less meaning-less, middle class party music,absolute drivel.
I found myself weirdly enjoying Robert Plant and Alison Krause's rather splendid Folk renditions.....at the wrong festival i may suggest. While waiting for 'idles',whom i had priorly thought were 'not bad'.They bust a bloodvessel living up to the 'punk' band on the bill role they were assigned,and kept wheeling out a neo-hipster on a very expensive looking baritone sax,playing the same Free-Jazz squeal during the really 'Crazy' bits. I suspect the sax-hipster couldn't actually play his couple of grand's worth of brass,or understand what he had pretensions towards...for it was, was it not,Ornette Coleman who championed the erroneous note, as prioritizing the 'right wrong notes' over the 'wrong wrong notes'? This Idles guy got all the wrong wrong notes, but no-one had a single clue about what was wrong wrong or right right;one may as well play nothing nothing I thought.They formally stuck to the 'right' stuff that the massive sea of Billy Eilish fans from Surrey wanted to relay their 'Punk moment' and tell their children of the near-future about again and again....see, Mummy and Daddy really are the boring fucks you thought they were.Poor little sods, bored to sleep with endless tales of obscenely expensive festival exploits between the ages of 18 and 21,before they got their job in the city.As for the fuckers who are my age and their tiresome renditions of having an uncle who saw Quintessence and Bowie'a mime act back  in '71.....on mushrooms ('Drugs' they giggle!)...who cares? Its preposterous how these bland also-rans boast about paying to see some vaguely famed group play in the past,and seem to think that somehow this makes them 'cool' as if they were actually in these silly fucking groups? Yeah I was in Quintessence because i paid to see 'em.They'd even bring their own flute just in case the groups fluty man collapsed,and they asked the audience if anyone plays the flute,Keith Moon in Boston style.They hold up their hand ,"Me sir please sir!" in their moist pop star wet dream.Not a dry pair of Y-Fronts in the house. Yeah I saw Kajagoogoo play in Barnsley Railway station bogs back in '59.....hold on?...I'm genuinely envious of that one!!
Idles wouldn't have been allowed at any genuinely edgy 'punk' festival...if such a thing ever existed?.....hahaha those guys are sooo crazy,one of them wore a dress! hahahaha!
Prior to this shocking exposure, i had never heard of,or seen even a still of Billie Eilish. This is as dark as those kids are gonna get i thought.She led them in breathing exercises, started a reverse Mexican wave and shared her three commandments of concert-going: "Don't be an asshole, no judgment and have fun bitch!".Scything down 70 years of rock'n'roll history in one swooping scrape of Nero's fiddle like it had all never happened.
I felt a generation gap opening up immediately,mainly because I AM an Asshole,I judge everything and everyone, and i willfully avoid so-called,'Fun'...especially if i'm told to have it!
I did ,however, join in on the breathing exercises,and the mexican wave in my friendless TV lounge, and consoled myself with a bout of sneering before i went to bed...alone...a choice not an obligation!
Watching this crud was a very grave error on my part.....but maybe we can evolve from this?....I Doubt it very much.
Music is very fucking DEAD...well, at least very very fucking boring.
Tracklist:
1.Error System (BAGFGAB)
2.Error System (C Pulse Solo Recording)
3.Error System (C Pulse Group Recording)
4.Error System (E Based Group Recording)
5.Error System (EFGA)
6.Ecuador
7.Water Systemised
8.Venezuela 1
9.Guitar Systemised
10.Venezuela 2
11.Bolivia
DOWNLOAD an error message HERE!

Beautiful. All of it. I mean your screed was beautiful.
One of Eno's Oblique Strategies cards is "Honor thy error as hidden intention". That is what is wrong with music/performance today. In Day Tripper there is an error in one of the guitar parts, or they had to punch out of the recording early or something. You'll notice if you listen on headphones. The beatles repeat the error 8 beats later, or when that part of the phrase next comes around. It always sounded like that to me. A way to "fix" the error was to repeat it.

Also, other than our main 2 man synth band we would
put together other bands to that more new york sound sort of songstery. During rehearsal, we had one of those ubiquitous
guys that doesn't have any musical bonifides yet is always hanging out with musicians - we had him randomly blow a sax through a flanger, in a sound reminiscent of bees swimming 'round one's head. After we played a couple of times, the biggest local underground band, International Language (they are on the Placebo
records comp, Amuck), they drafted him as an extra member to do a west coast tour with them!

The only way hide an error is to repeat it too...but that's the same as not making an error.The error must be put out front and ...as Eno says...Honored.
As for the guy who hangs around with musicians....how the fuck would want to do that?Bunch of bastards that they are.
I've always had a passing interest in Extraneous members of pop groups....y'know the chaps who are they for no apparent reason,and get credited.....the 'Bez' syndrome. Even worse are the ones who get given an instrument,and they can barely touch the thing....like a Linda McCartney, Rick Wright, Sid Vicious kinda thing.
Good Fun at a fondue soirée is making up an Extraneous member super group,
I'll have a go now: Drums - Palmolive (Slits).....in fact all of the Slits....Guitar: Dorothy Wiggin (the Shaggs)...in fact all of the Shaggs too!?...this isn't going well...There's a fight going on between Paul Ferguson (Frankie), Bez,(Mondays), and Chas Smash of Madness as to who gets to play the maracas.....give em a couple of tambourines,and they'll be happy.

you know the old joke?

Q: What do you call someone who always hangs out with musicians?

In fact you can use that joke for bass players and singers as well.

Great rant. Funnily, I too thought Idles "not bad." Then a few weeks back I watched this live in studio session and they wheeled out the sax guy for every freakin song! Jesus Christ. I imagine that came about with a couple of them catching like a 30 second clip of Peter Brotzmann or something, and one says, "dude, we should totally do something kinda like that." And, just like that, all of free music is reduced to "something kinda like that."

A soothing rant indeed, Jonny. I too made the mistake of watching bits of "Glasto" this year, including iDLES and their cretinous idea of what passes for confrontational these days. The beardy singer's horribly affected clenched-teeth grimace during the skronky bits reminded me of the death-mask of one of those climbers found near the summit of K2 or [other mountains available], having frozen solid all alone in a cave decades before. Fucking grim.
I have some fond (rose-tinted?) memories of festivals I went to in the early/mid 80s but I never really enjoyed a Glastonbury much, and watching these gen y/z-ers clambering onto each other's shoulders and mouthing all the words (in case the BBC cameras are pointing at them) makes me feel on the verge of panic, esp the twilight performances for some reason with all those bloody flags, at the same time really glad i'm not there.

@ pointless walks.....a cave at the summit of K2 is too good for 'em!
I remember the freeze dried fizzog of long missing english upper class twit mountaineer, Mallory...they only had family names did the posh explorer types.
His teeth still intact in a frozen grimace after 60 years or so in a snow drift near the peak of Everest,clad in corduroys and a couple of wooly Cardies.
This would be a good fate for The Idles...or is it just..Idles?
Fucking Glasto....FUCKING GLASTO!!!!!....CAN'T FUCKING STAND IT!
On;y been to a couple of festivals....OZZfest...which was a laugh...especially as we went dressed as office workers...a bit of a subtle tribute to Mallory who went to climb the highest mountain on Earth as if he was Dressed for Dinner.....Black sabbath we're crap.Too Quiet!?
And an Anarcho-Punk festival in a squat village in France,when i roadied as merch man for a Female punk band.....i slept in the van while the groups played. No i didnt cop off with one of the group,although the guitarist did start rubbing my thigh veraciously under the table(kinda the last dance) as we dined on our free Vegan meals just before leaving for the airport,with a tank of free diesel.She took a valium and conked out before the journey to the airport.
Fucking Glasto!

@ Jonny Zchivago
Sabbath too quiet?! Oh noo that's a bit of a travesty. Always a potential downside with outdoor affairs. Still, sounded like a bit of a grin, a good day out I'm sure. Now WAR PIGS is one I wouldn't be embarrassed about singing back at the stage...even if it does fail the Just A Minute test (repetition: "masses").