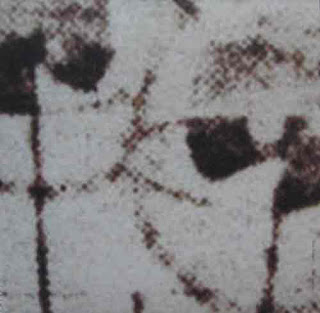 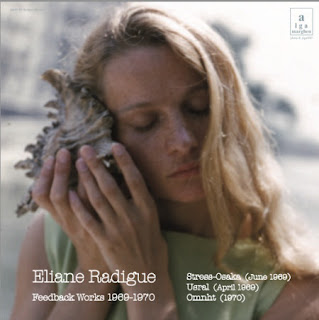 Industrial before Industrial was called Avant Garde,and Drones were part of the Avant Garde well before they were accepted as 'normal' amongst the self-pitying masses of european youth.
Refreshingly, The Avant Garde had little time for Nazi Obsessions, and wouldn't have heard of Charles Manson, so the prospects of boredom have immediatly diminished greatly.
No-one gets as serious about art as the French, so popular cultural Icons such as Manson and Aliester Crowley would have been dismissed as derivative....something that doesn't seem to trouble most post-TG Industrial artists,as everything they do is derivative since the release of "Second Annual Report".
Pierre Henry's former assitant,Radigue, works with electronic sounds,provided by an ARP 2500 synthesizer, on tape to create an ambience within which sound seems to move in a continual flow around the listener. Her music has been described by some clever observer as "infinitely discreet ... next to which all other music seems to be tugging at one's sleeve for attention.". I say,dunno about any descreet swirling around the listener, its a 'Drone' mate, like a spike being driven into your brain by an approaching B-52...how's that for observation?
One could go quietly unsane listening to this all the way through,something that could not be said about any Industrial music of the period following this work six years or so later. Although her German contemporaries,Kluster,could also have a claim to be 'Industrial before Industrial',as could several dozen Avant Garde composers from the sixties onwards.....and NO, Lou Reed didn't invent Drone music in 1975,just like he didn't invent anything ,except, being a professional arsehole.
For those of you who are more shallow, but none less relevant in their opinions...in my opinion...she's rather Hot! too.

DOWNLOAD the early works of this saucey avant-garde temptress HERE!
Posted by Jonny Zchivago at 11:08

So what you're saying is, if you'd bumped in this winsome lass at some sort of artsy "do", back in the day, you'd have laid something on her like, "So, why don't you come on back to my place and we can, maybe....you know...oscillate...."

thank you Johnny. do you by chance have Pauline Oliveros ‎The Well And The Gentle?

Yes i got That Oliveros, but as its not electronic it won't be featured.....maybe later i'll drop back into modern composition stuff...or i maybe kind enough to upload it to zippyshare for ya?

@chatty cathy...i'm not that sofisicated.....i'd probably alienate her by making references to twisting knobs and pressing buttons. Like most atsy liggers i'm as rough as old arseholes really,using my fake appreciation of high art as a compensatory factor for my low self-steem.

Hi sorry i thought you were meaning the Radigue link!
i'll re-up it to google...don't trust zippyshare
hang on....it takes time as its large.

here you go..hope it works this time

'ello. Thanks for this! Was also looking for Catherine Christer Hennix - The Electric Harpsichord. Are you able to share it? Only found it one other place, but alas -- broken link . . . . thanks!

Yeah I got the Electric Harpsichord.....on oversight on my part for not including it in my female electronic pionneers section.
I'M BEING A BIT RANDOM IN MY POSTING SO I'LL LIKELLY POST THAT IN A DAY OR SO...i'm shouting, sorry....got an early recordings LP too,with the well tuned fender and drone on it.

Splendid and thank you!

Hey, thanks for all the Jandek! Are you still going to tie in Hennix's Electric Harpsichord? That'd be awesome. Thanks, and happy holidays!

yes, electric harpsichord on its way.

Hey, just saw the post--THANKS! Appreciate your commentary, too, as always. Cheers!