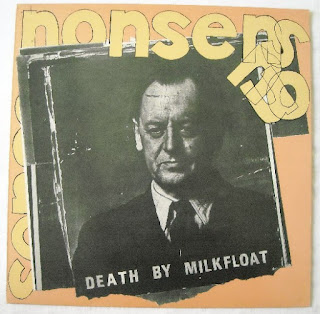 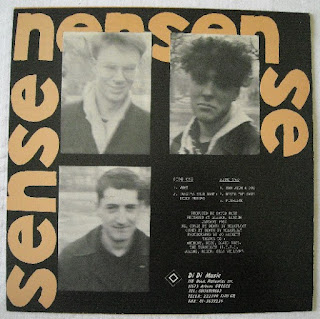 Another group who should have been but never was,as in wasn't,on Ron Johnson Records, would be Death By Milkfloat. An amphetamine fueled Mackenzies type mental indie funk rush that couldn't be criticised for its low energy levels.
They also field another candidate for the fastest guitarist in the west,competing with the guitar wielders from the Wedding Present and The Nightingales;at a time when we all thought it had to be that bloke from Napalm Death,or other daft Grindcore nonsense from some silly sausage in Solihull.....drop the 'Soli' part and you'd be close,as Death By Milkfloat came from the lost city of Kingston Upon Hull.It rises from the sea smog of the Humber Estuary like a Brigadoon of functional architecture appearings like a grey ghost as one approaches across the Humber Bridge.
It is said that once you go to Hull you can never leave,that's it, It's all over;due to the confusion spread by the Ministry of Defense Listening and early warning station.....Fun Fact: Hull is the nearest point in the UK to Russia.
Right now there are dozens of grey men and women hacking Russian soldier's phones for evidence of Genocide, and infiltrating slavic computer systems with false information...and they're doing it in Hull.
This would explain the manic high speed choppy style of probably, Hull's bestest group....not counting Fat Boy Slim of course,and certainly not counting Coum Transmissions aka ...Throbbing Gristle;especially now every trendy worth his spots think TG are the Dopest group to namedrop to his bearded chums in the nominate your own price coffee bar in the bohemian quarter.
Tracklist:
A1 What
A2 (What's Your Name) Roger Murray
B1 Man With A Dog
B2 Never The Same
B3 Fishlake
DOWNLOAD by milkfloat HERE!

I do miss the days when band names alluded to the unfortunate demise of Roland Barthes. I guess this was the peak era of Eng Lit Degree bands, which was destroyed once and for all by the emergence of Happy Mondays (and then Oasis) who proudly hadn't read a book, ever.

That's Kurt Schwitters on the cover, isn't it?

Indeed it is...although what Death By Milkfloat has to do with Kurt Schwitters I dunno?