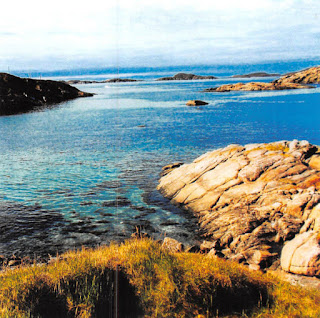 The Corwood Representative goes 'Rap'!?
Recorded on August 5th, 2016 in the homeland of Tupac who would have probably killed himself if he had to listen to this without being drunk...Sixpac?
Well, its more 'Hip' without the 'Hop',Public 'Enema' rather than 'Enemy',but overlaid with bad psychoanalytical poetry delivered in a style outside the jail cell of the 4/4 beat. Recorded as if the 'rapper' (Jandek or Sheila) were falling from the top of the world trade centre on 9/11,free-stylin' during a slow motion two hour drop.Regularly being hit by faster falling debris.
As is documented I've fucking hated Hip Hop since i was a teen in 1979,with its stoic refusal to move on......and don't get me going about the clothes!The whole culture bores the living shite out of me.
Somehow its hard to imagine Jandek in a basball cap turned to the front ,nevermind to the side.
Is there such a thing as slo-core Hip Hop?.....if there isn't,there should be.I could be cajoled into enjoying that....a bit.
The drum programmer,Kyle Madson, even seems to have cleverly managed to make the drum box somehow sound off-beat at times, and brilliantly monotonous in other places.
One must say, that the Representative never fails to surprise,and long may it continue,even after death?.....like that Muslimgauze bloke?

I was at this show and it was actually REALLY good. The vibe in the audience was really positive. The "instant band" seemed rather cohesive. Will Toledo of Car Seat Headrest was the guitarist and he kept it pretty atmospheric, dissonant and appropriate. I am not sure how it comes across on the recording having the experience of being there color my view, so I will say it was a "you had to be there" experience to get it.

Just got back from having a biopsy, so this will do me just nicely seeing as I'm supposed to take it easy for the rest of the day... thank you! Milly's Grandad.

nothing like some outsider rap to blitz any undisciplined cells.
Hope your results are satisfactory Grandad!?

loving the Jandek Jonny, thank you!

Yes there is a form of slowed down rap music, pioneered by Dj Screw from Houston, Texas, not that far from where Jandek resides maybe? It had to do with consuming huge amounts of cough syrup, never tried that myself but apparently the effect is that everything slows down dramatically, so he did that with his music too, but trust me, it isn't your cup of tea :)

I'd like to pass on this one (no like rap), but your comments on the drum programming have got me curious. For the past year or so, I've been designing a drum machine that can play somehwere betwixt normal patterns and slightly chaotic, with analogue sounds ala boss dr 110, early rolands, etc. -- sort of like Robbie Yeats/Dead C playing Mattel Synsonics or something. For musicians who don't play "normal" "rock", and live in the middle of nowhere and/or no longer possess the requisite social skills to play with real drummers, but are ashamed to admit it.

jesus fucking christ.....is there anything jandek can't do? Or at least isn't willing to try? He is a real gift, and you by extension are as well. Thank you for all this. As you were!

Me no likey Rap too....but me likey a lotty der drum machines.Its an art to program, easier to do on a computer where you can edit it to fuck...a bit like what Squarepusher does but less show offy.Programming beats off beat and not straightening up mistakes is the way to go.
I too live in the middle of nowhere too, but i live next door to an accomplished drummer, so we no use drum machines.....but not for the want of?
My social skills are very little above the level of aspergers syndrome...but hey....nobodies perfect?

Sounds like the only rap I'll ever willingly listen to, just to see how Jandek chooses to give it the destruction it deserves. Jandek's some kind of deconstructionist, and what's really crazy is I don't think he knows it. You just don't play an weirdly tuned guitar completely open for 10 albums and attract an audience. Only Jandek can do that.

Or is drum machine playing you??!

This concert is actually for sale. As#shole. Why don't you offer the link to purchase, insread of offering people to steal from Corwood Industries; like yourself.