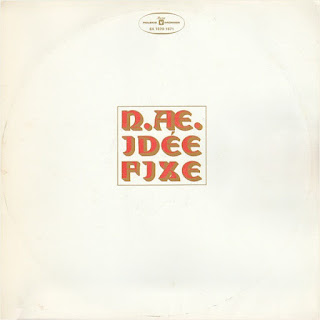 You gotta love the Polish haven't you?
On the day that the sad nation of Little England Brexiteers learned that the three men, armed with a Narwhal's tusk (don't ask where he got that from!?) and a Fire Extinguisher, wrestled a knife weilding Terrorist* to the floor during the London Bridge attack last friday(during which two persons were killed! RIP), were....POLISH!.....yep the very same 'immigrants' that are stealing those jobs nobody wants,working all hours, and paying taxes so that Brexit Party supporters can receive their disability benefits.

"Why don't they go back to where they came from?"...will still be muttered when they find out that these heroes were dirty scrounging Foreign types.
As some unashamed and anonymous xenophobe required me to stick to the music in the comments section of Holy Toy's otherwise excellent "Panzer and Rabbits" post,I shall now post a classic Polish Prog masterpiece in tribute to these fine EU citizens who acted, while passing Brits filmed it on their mobile phones.

*Incidently, the 'terrorist' was a British citizen,from Stoke-on-Trent (which is no excuse!), who was let out from prison, early by Boris Johnson's despicable, lying, Tory Government,where he was serving a minimum of 8 years for ....er...Terrorist offenses!?...so much for mr Law and Order then?

"Idée Fixe", which is also the french name of Asterix the Gaul's Dog,Dogmatix as we know him; is generally accepted as Czeslaw Niemen's best album,personally I find it a bit self-indulgent. The title translates as 'Fixed Idea's' or, 'Dogmatism', which fitted the English translaters of 'Asterix' perfectly?
I dunno whether Czeslaw was being Ironic, or if this album follows an obscure musical dogma,as it does seem to stick to a lot of keyboard noodling,and lots of two handed prog-synth work-outs.
If Rick Wakeman-offs are your kind of musical dogma, then this expanded version of the original double album is most certainly for you.Personally I prefer it when he has his regular band SBB backing him up......and even more so, when he refrains from inflicting his terrible singing upon us.