Philip Johnson - "HEARTACHE’S WORST ASSISTANTS VERSUS THE GENIUS WITH THE SECRET OF MAKING GOLD INTO DYNAMITE!" (Year zero Records YEAR017) 1986/2012 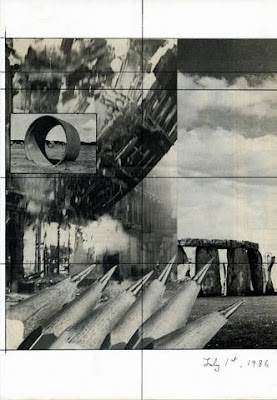 From the vast archives of DIY cassette legend, Philip Johnson, we bring you the previously unreleased, "HEARTACHE’S WORST ASSISTANTS VERSUS THE GENIUS WITH THE SECRET OF MAKING GOLD INTO DYNAMITE".Now released at last on everyones favourite Net label, Year Zero Records.
(note: after being erased from the net by the authorities, Year Zero is now back,although be warned it is a site under reconstruction, and not everything is working;but most is,so feel free to download anything for free!)

Dating from 1986, this spoken word and sound collage involves material from between 1981 and 1986. Philip explains:"There are bits of various other tapes and records, unreleased bits, and bits recorded for the occasion to fill gaps, for instance “Black Rubber Towel” which begins the second side. It got reviewed by Dave Henderson in Underground, and an A&R man at EMI wrote and asked me for a copy. I sent him one, though now I think I really should have ignored him."

A Classic Philip Johnson melange of spoken narrative, found sound, noise, tape manipulation, and unhinged songs.I even detected a tv interview with Mark and Brix smith,from the Tube i think; where Brix Cringingly answers 'Smash Hits' style questions about her boyfriend, like 'what kind of music does he like?'

Print out the original artwork and make your own cassette!

DOWNLOAD the secret of reverse alchemy HERE!
Posted by Jonny Zchivago at 13:06