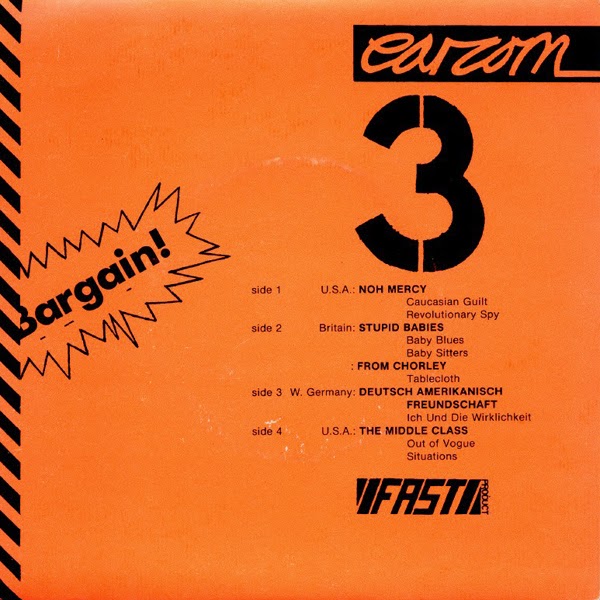 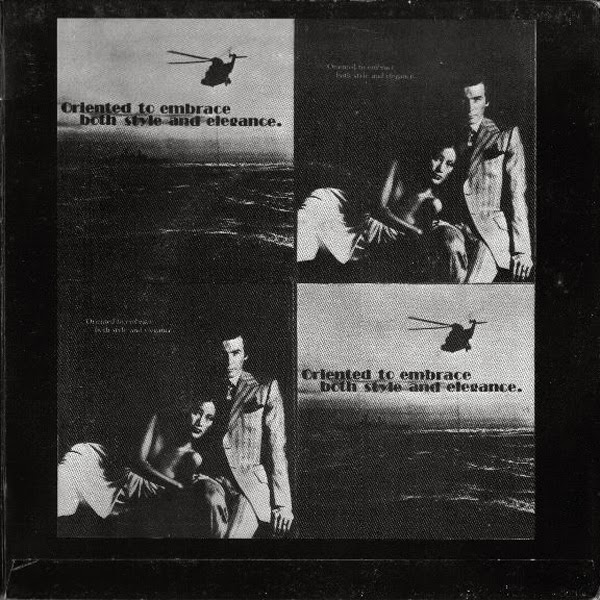 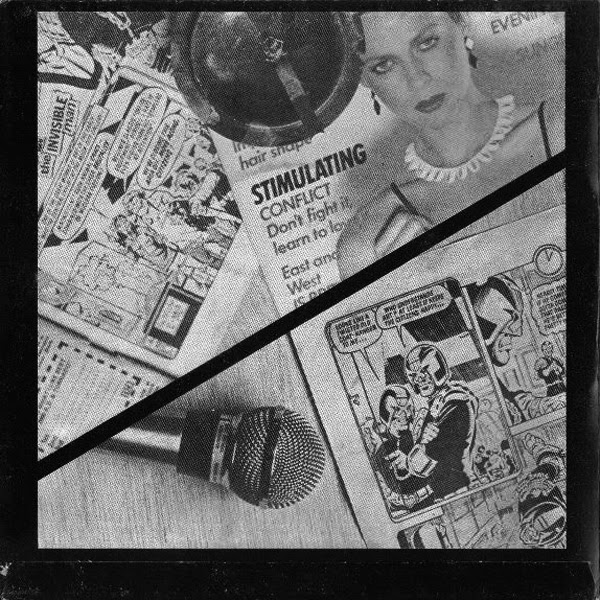 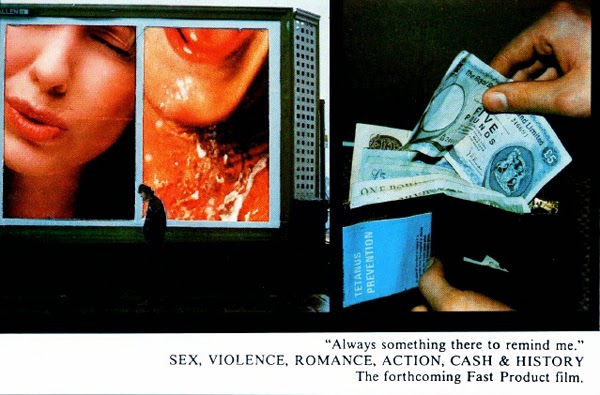 EARCOM 3 ,(2 x 7")-This is the one with the screaming kids on it, THE STUPID BABIES, featuring, as legend would have it,- Adamski (who was number one in 1990-ish with that seal bloke,Killer i think it was). It was him and his little brother complaining about babysitters,and other problems of being under 10.
Great DIY mumblings from a bedroom band called 'From Chorley', who were from....erm... Chorley!!
And the first appearance of the Fantastic "Deutsche Americanische Freundschaft". I once went into a record shop in Leicester (revolver), and asked for a single by this aforementioned German group, pronouncing their full name correctly to a bemused Saturday worker. He said "What???", i repeated it again to his colleague, who paused then replied,"ahhhhhh! DAF!"
You try your best to bring culture to the masses, and this is what you get, an acronym , because joe public can't say it.
Also the first appearance of Hardcore Punk with "Out Of Vogue" by the Middle Class, which was probably the 1st ever hardcore punk single, although that's a much disputed point(Wire and the Victims from Australia probably invented the format methinks,lets call it US Hardcore eh?). I wonder how much influence, if any, bringing this song to the UK might have had on the emerging faster bands starting up then.
And lastly,one of my favorite tunes EVER! Noh Mercy's "Caucasian Guilt" , an anthem against political correctness, and white persons guilt fatigue! (I did try and have Noh Mercy's complete works for download, but I got a DCMA takedown notice; most of their other work was shit anyway,but if anyone wants it, just e-mail me,and i'll send you the link; thats service for you, innit?)

You know, perhaps I did. I can't stand the sound of babies crying,so that track got left off for everyone’s sake.

To great excitement, and limited critical acclaim, I played ‘Baby Sitters’ on Radio Norfolk in around 1983.

I bought this when it was released and at the time was living in a disco pub in Accrington in 1980, i used to play my records on the pub sound system and one day the dj(a steve wright radio 1 clone) heard "babysitters" it became the most requested song in the place GO FIGURE????