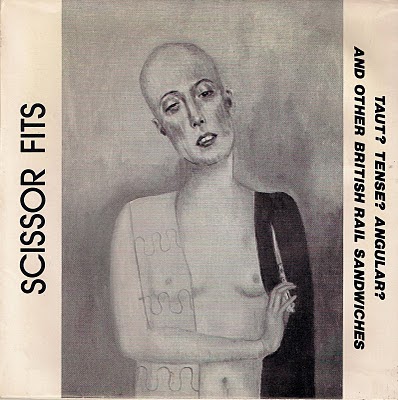 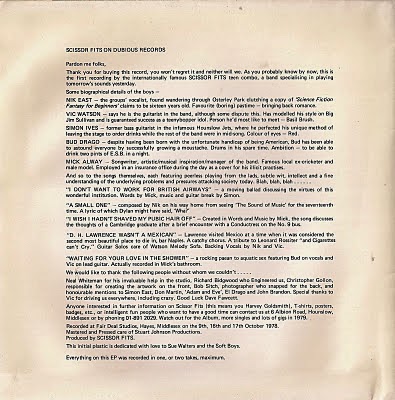 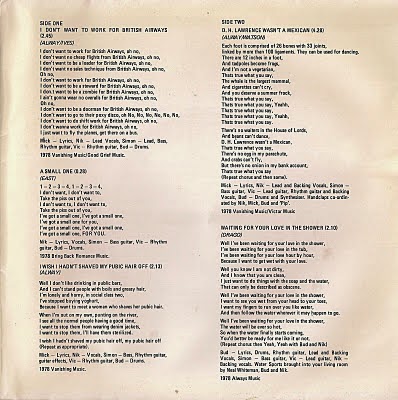 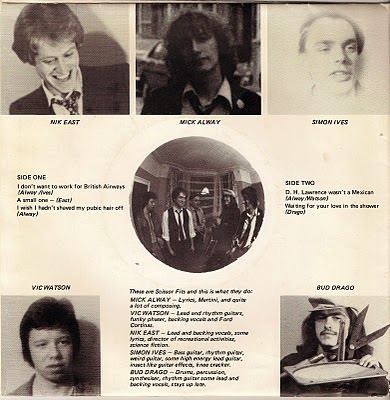 An undisputed classic of the DIY pigeon-hole from the year zero of 1978. The rock press were moaning about how crap 1978 was!!!???....it just demonstrates how fucking clueless those tufty haired badge wearing former post hippies were. For us regional types, who weren't allowed access into elitist circles,like Steve Severin, who moaned that punk died during the first gig by the Damned!!??...Not only is this clique inspired elitism, the Damned were the only one of the big three not to sell out to the majors, and they also released a great second album in 1978(late`77 actually,it just sounded like `78.Ed), which was also panned by those tunnel visioned hacks of the music weeklies.
Also ignored was the burgeoning DIY scene, which stood solid with the real punk ideals, championing amateurism , coupled with an admirable lack of ambition.
The Scissor Fits are a shining example of this attitude. No rock stances on this record, which can be heard in the embarrassed to be seen to rock performances' hiding behind some rather obvious attempts at humour.
Its classic plastic, and kicks off with the anthem that is "I Don't Wanna Work For British Airways No More", a definitive anti-boss statement in song form. "A Small One" has to be a 'punk rock' pastiche, and why not? All this and three more potential hit singles, which even threatens to get 'funky' during 'D.H.Laurence Wasn't A Mexican'.