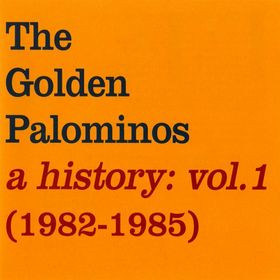 Fuckin' 'ell Anton Fier,of virtually every band that was worthwhile in New York and Cleveland in the 80's bur primarily the mainstay of The Golden Palominos ,has also kicked the bucket;but in this case it was an 'assisted' bucket kicking in one of those dodgy 'non-profit' clinics in Switzerland,Dignitas innit? Of which I saw no mention anywhere.
He wasn't ill apparently. He just decided he'd had enough. He couldn't drum as well as he wanted anymore and said he felt he had achieved everything he wanted and it was time to go. I thought that kind of behavior was illegal if you weren't ill?...or was he? It's been a long time since he had a record out? Did he have some degenerative disease or summut? The drummer with Strobe Talbot has MS,and discovered that by forcing himself to drum,he could regain his cognitive abilities on said instrument......!?...Maybe Anton was a tad hasty with his decision to top himself at the age of 66! What's the point of suicide anyway, we have eternity to be be dead,and we were all dead for an eternity before we were born.Wrong decision Anton. There are plenty of children getting their heads blown off by a bunch of Russian Wankstains who would love to have swapped places.
The list of groups bands and soloists that Anton has added his drumming and artistic skills to is far too long,and boring to list here (Pere Ubu blah blah blah....),but the most Anton-centric of the lot has to be The Golden Palominos,who existed from 1981 to the twenty-teenies. So, as the best days of any band, are the early days, I have decided to post a compilation of the those very ''Early days when he wasn't in 'The Feelies'.
The understated, and under reported, method of his passing,was also a tribute to the man,having never sold out to the commercial opportunities of someone who could boast a Cv as long and comprehensive as Anton Fier's....you know I still dunno how to pronounce his name!?..insult or tribute, you decide.
Here's the legal Swiss  bumpf on assisted suicide from non-selfish motives.It's legal, if, for example, lethal drugs are prescribed and the intended recipient takes an active role in the drug administration? Sounds a bit dodgy to me, but who am I to stop anyone from deciding for themselves when they can end all this surreal madness at a time of their choosing.
He leaves us with a vast legacy of work,some of which is on this early nineties compilation,that even boasts Michael Stipe and John Lydon as guest vocalists,...i'll cease the name dropping and present to you this rather fancy compilation of some genuinely great downtown Noo yawk fancy-pants music...sophisticated and experimental,so you can bet yer bottom dollar that Bill Laswell is hanging out waiting for the photo ops...you know the crowd,Zorn, Lindsey, Laswell etc,the kind of downtown sophisticates that people like us should curtsy to if allowed within their golden auras.
Quite a bit of the later tracks sound like that terrible PiL album,called 'Album'...mainly because it had...you guessed it Bill Laswell on it...and the drums, played by the late Anton himself,reminds one of the (uncredited) drumming on 'Album',which i had previously presumed was shared by twin legends,Tony Williams and Ginger Baker....by this evidence it was Anton Fier who did the drumming and skillfully avoided a credit in the process;and also why Lydon makes an appearance on this comp, from just around the time he was making that offending disc to confirm to himself,and those dumb enough to think Levene and Wobble made the music in PiL, his own genius....or lack of therein.
Tracklist:
1 Hot Seat
2 Under The Cap
3 Monday Night
4 Cookout
5 I.D.
6 Two Sided Fist
7 Boy (Go)
8 Clustering Train
9 Omaha
10 The Animal Speaks
11 Silver Bullet
12 (Kind Of) True
13 Buenos Aires
14 Only One Party
"Anton Fier is no longer playing drums." (Syd Straw)
DOWNLOAD the results of a life well spent HERE!
Posted by Jonny Zchivago at 00:21

Problem Problem ! No one of the titles is corresponding with what you wrote and the music is ... no, don't tell me it's really Golden Palominos !!!

Fear not.....i have no idea who the band in the previous uncorrected download was, but its over now....i think!?
It was late, and i had consumed some Leffe beer....this is no excuse I know,and it will probably happen again but i apologise....a bit.

Damn, now I want to hear what the mistake was!

Rev.... i am sad that you weren't there in the first nano-seconds of the fuck up. I really have no idea who i unleashed on the world without my cognitively dissonant fuck mini=fest wot i done.this is usually how i make music, so it should be applauded......i said APPLAUDED!!!

@rev.b
"Damn, now I want to hear what the mistake was!"

@Jonny:
Thanks, the good one is as excellent as the bad one was shit !

I mean the first tracks are excellent, than two tracks from the first excellent album and after it's less fun !

Well, there was 160 downloasa of the fuck up version, so maybe someone out there knows what it was?

@Passikon, LOL! No doubt. Might have revealed something about Jonny that I really dodn't need to know!

A dignified sensitive tribute to a just-deceased man from a bloke pushing 60.

I keep seeing the Johnny Rotten figure from 'Pistol' gurning into the camera outside Buckingham Palace.

well, I would have expected a mention to the groups he was involved with, during mid 70s, styrene, electric eels, X_X; AF, one of the most brilliant minds and clever musicians (imho).

From the NY Times obituary:

Hounded by creditors, however, Mr. Fier drifted further and further off the grid, avoiding even banks. He seemed to conclude, in eerily analytical fashion, that life was no longer worth living. (Lianne) Smith said he told her that he wanted to “fly to Thailand, have a wonderful vacation, take a lot of drugs and walk into the ocean.”

The pandemic seemed only to deepen his despair. Without work or family (his only marriage, in 1976, lasted less than a year), he began researching his options. Last fall, (Chris) Stamey recalled, Mr. Fier told him that he had been burned when he paid $900 over the internet for a veterinary tranquilizer, which he had decided “was the most peaceful way to go.”

A few months ago, Mr. Fier texted his friend J.P. Olsen, a filmmaker and musician who had recently moved to Indiana, asking him for his new address. Mr. Fier had some boxes he wanted to send him. On Sept. 21, word began circulating that he was dead, apparently from an assisted suicide in Switzerland. Four days later, Mr. Olsen received the boxes, which were filled with piles of Mr. Fier’s clothes.

And on Oct. 1, Nicky Skopelitis, a Palominos guitarist and the executor of Mr. Fier’s estate, received the cremation notice, dated Sept. 14, along with Mr. Fier’s remains.

(The obit also mentions that Anton's surname was pronounced "Feer".)

You know we don't allow sarcasm here you fanny,fanny.

jonder...Thank you for all the info,especially how to pronounce his name.He certainly seemed to have made his mind up,very determined.to leave us to face the horror of life ourselves.

Yes Jonny, I've always thought wannabe suicides should dirty dozen up or lone wolf it and take some of the world's mother Hubbard's with them. It's not as if the death spreading efficacy of the willing to die is unknown. And at least you'd have something to live for in the meantime

Anon....LOL!yes I'm right there with you on that one. we need a non-profit suicide fighter clinic set up.....we can start with Get Putin and that cunt ayatollah twat in Iran". Make the world a better place,instead of dying for nothin'.

At least Anton went out in style. I like how he texts a friend, "hey, I've got some boxes I wanna send ya," and then just unloads most of his earthly possessions on him.

Mediafire is blocking this download (music available on Amazon...)

Try it more than once! as in mediafire.

I also tried downloading it, multiple times. It gets blocked.
I think suicide should be seen as a crime so there is legal action to help the person. If you really want to do it, do it right. From another perspective: when someone commits a life-crime against a human, the death penalty should follow. For abortion, child murderers, adult murderers, euthenasia and suicide. Or no death penalty at all, for no one.