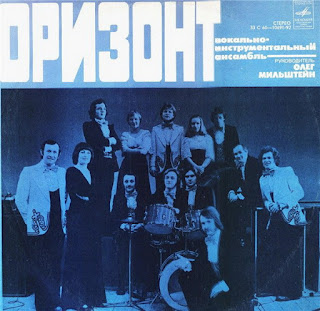 90% of all decent soviet music came from Estonia.The reason for this is geographical,just as it was for The Beatles.Access to the sea.In Estonia's case access to the right sea,namely The Baltic and the west,rather than being landlocked like Moldova.At best they could holiday on the Black Sea coast,which sadly meant being culturally locked in to the weird gypsyfied Eurasian way of doing things.That coupled with living in the wall-less prison of the former Soviet union,and missing out on the greatest renaissance of the arts since...well...er....the Renaissance.Leads us to explaining why this state sponsored slab of Moldavian library music Schlager Funk exists.
Indeed, we sophisticates of the west will laugh at the pure cheesy shitness of these records,but they do have a healthy vein of well recorded break-beats and ooodles of charm. One somehow feels sorry for them as victims of the distorted intellectual bollocks of Soviet Communism. Without some bespectacled political theorist reading Karl Marx's Das Kapital as reflected by a distorted funhouse mirror,This fucked up Funk would have never existed outside of the Eurovision song contest in the 1970's.
The funniest part of all this is that the poor sod's left behind in mother Russia are gonna have to go through all this shit again thanks to the whims and insecurities of a Phil Collins lookalike with a marsh-mellow like complexion akin to the Pilsbury Dough Boy.The silly fuckers are gonna have to listen to Russian music again, and spend 50% of their state approved wages on a burger from "Tasty and that's IT!",the new national Burger joint.....sadly they've yet to come up with a Russified version of a McFlurry as of yet.
A sadly contemporary example of that silly Soviet trait of making dangerous and downright bad forgeries of western products,and then boasting that "we have Burgers too american pigdogs", just as they used to think that they had Funkier Music......even in Moldova?!
Tracklist:
1.Гайдуцкая Баллада6:46
2.Монолог3:44
3.У Мельницы3:22
4.Край Мой2:55
5.Калина3:01Ничего Не Оспорю4:44
6.Первое Танго2:48
7.Апрель3:37
8.Оризонт3:19
DOWNLOAD enjoy yourself and you will dance,or be shot HERE!
Posted by Jonny Zchivago at 12:39

That's definitely one of the best descriptions of Putin I have seen, hehe:)

Additionally, to all these points you mentioned in the post there were also a bunch of Estonians who did have relatives mostly in Finland and if there happened in some very hard way to get possibility to go abroad and get some vinyls or tapes it was the event! Thereafter they gathered a huge queue of whom wanting to record onto the tape. A second aspect was related to musicians and melomans like Valter Ojakäär who had started their (mostly jazz) musicianship already as far as at the time of the first Estonian Republic in the 30s. For instance, Valter Ojakäär wrote a very important book called "Popmuusikast" in 1983 (literally "of Pop music") where he described artists in an interesting and unintentionally funny way. Furthermore, he wrote about artists who obviously wouldn`t be musically a favourite fare for the Soviet authorities. For instance, "Captain Beefheart tried to crisscross traditional blues with progressive jazz by adding dadaist poetry to the upcoming result. In comparison to Frank Zappa, he lacked a social-critical ulterior motive albeit he sharply resisted drug fad". There was surprisingly up information about krautrockers. "CAN started with downright electronic experiments before adopting into a professional group". I guess it was the only source for the public to get any idea of such names as CAN, Faust, Amon Düül etc. The book was written at the time when Yuri Andropov felt the promised bright Communism era did not arrive yet thereby pushed his paranoia to the brim, for instance, at mid-day miliatamen walked around the alcohol shops by searching for possible dalliers.
A couple of years ago you made a solid extract of Estonian artists like In Spe, Sven Grünberg/MESS, Erki-Sven Tüür, Jaan Rääts etc but there was not a band initially named Keldriline Heli (like the basement-induced sound), though, the name got forbidden. They named themselves Väntorel (like hand organ) then. Arguably the first psychedelic band in the USSR got soon forbidden due to relatively shrill psychedelic sound (by using a custom-made electronic keyboard among other instruments), vertiginous lyrics and huge public attendance. Some years later came up another similar band called Suuk which was more nihilist at least in lyrics.