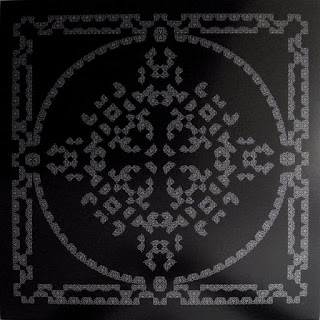 Another record you wouldn't wanna ask for in a record store due to its unmemorisable title and its wilful obscurity. The heads of a few vinyl grazing punters turn disapprovingly in your general direction, the sales assistant looks almost angry with a sneer of distaste on his lips (yes, they are all male).
He,with a barely consealed ounce of pure unadulterated glee utters a monosylabic"What?",and you have to say it again, coinciding with an audible titter from the chubby nerd in the Jazz Section.
"Ahhhhhh, you mean...."31 VII 69 10:26 - 10:49 PM / 23 VIII 64 2:50:45 - 3:11 AM The Volga Delta",says the record man,who had obviously been learning all these difficult album titles my heart,for just these occasions.
"Yes thats it", one says, to be replied with a succinct, "Why didn't you just say "The Black Album?" ,he retorted with a smirk,then added a terse "No....Its Sold out.....in 1969".
I dunno why Music attracts the biggest bunch of twats out of all the art forms,but it does.
Although Record Shops are nowhere near as bad as Music gear stores,which are full of angry failed pop stars,and they want you to know that they are better at music than you,and they know more about music gear than you,and you're gonna wait until they are ready to scoff and sneer at your requests.
Invariably there will be one of them playing something complex on a keyboard while you stand there watching.
"Be with you in a minute",they would interject.
After the completion of Rick Wakeman's entire "Six Wives Of Henry The Eighth",it's your turn.
"Nah you don't want that, its a piece of shit",they advise.
"I know its a piece of shit that's why I want it"......they wouldn't understand.
Luckily the Internet has done for these fuckers...I may never have to meet a musician again, Hurrah!
So......, I digressed somewhat......as I forgot to include La Monte Young's Missus,Marian Zazeela, in my females in electronics/minimalism section some months ago;Here's her collaboration with  Hubby, La Monte.Resonant Tuvan style vocals from our favourite minimalist spouces,mixed with bowed gongs,electronic drones, and more room emptying harmonics.
Here's a description from the sleeve info to further confuse you all:
Side A: This work was recorded at the date and time indicated in the title, at Galerie Heiner Friedrich, München 31 VII 69 10:26-10:49 PM - is a section of the longer work: Map Of 49's Dream The Two Systems Of Eleven Sets Of Galactic Intervals Ornamental Lightyears Tracery. Play this side at 33 1/3 rpm only.Side B: We recorded this gong duet in our studio in New York City on the date and time indicated in the title. It is a section of a larger work: Studies In The Bowed Disc begun in September 1968. To listen to the live performance, playback at 33 1/3 rpm. However, this side may be played back at any slower constant speed down to 8 1/3 rpm, i.e., 16 2/3 rpm which is available on some turntables.
My record player only has 45 and 33rpm....!...so i can't add the 16RPM version of side B.....sorry.
Those crazy avant garde muso's huh?
Tracklist:

Unsafe at any speed one suspects... As long as it clears the room, social distance being more imperative than ever these days. Thanks JZ, another useful wrench for the toolbox.

BTW, just checking; is Boris still a fuckin’ cunt? Petulant little Donald certainly is. In this country twerps like donny are usually referred at as ‘a dick.’ The answer for why the two cultures choose the slang for genitalia of different genders to use as slurs no doubt lies at the bottom of a deep well I prefer not to dredge.

Yeah, i dunno why the 'Dicks' and 'Cunts' in the govt don't prescribe lamonte Young as a way to combat this slightly deadly virus?
and....
YES! Johnson most certainly is, and always will be, a Cunt.... and a dick for that matter.
The single never got to number one...number five only, outscored by that subversive classic..."Last Christmas" by an exhumed Wham!

As an owner of the original vinyl, I am very happy that he never accepted any reissues, as "if you weren't there you won't count". Not enough elitism like that around today, me thinks. No doubt he will send a UHF sound your way to fry your brain now that you're perverting his art, so please prepare, helmet on, and so forth. Magnus.