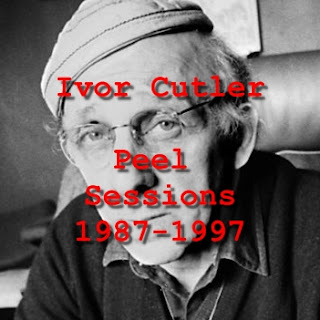 As Doctor McBrazil-Nuts said to Missus Big Buttons, "take your clothes off and lay on the trolley, then take my temperature!...What does the thermometer say?"
"Made In Venice" says Missus Big-Buttons.
"Receptionist is there anyone else in the waiting room?
"Just Mister Big-Buttons" replied the Receptionist.
If that doesn't contain all you need to know about the Coronavirus #19 crisis then there's a cure for coronavirus HCoV-229E, aka the common cold......for which, after centuries of trying,is still incurable.So the likelihood of a vaccine appearing like magic early next year is pretty un-likely, I'm sure you'd agree.
Very few literary works make complete sense of the world like the work,if you call it work, of Ivor Cutler. Philosophers like Nietzsche thought themselves into blind corners and early graves to work out what the fuck is going on,and still found no answer. Cutler manages this in one short couplet.....there is no sense to existence,and like the abrupt endings to many of his poems, there is only silence. But at least we can laugh at it all while we still can.It's only as bleak as you make it,nothing you do is gonna change anything. Get reday for living with the Virus, like humanity has done for millenia. For want of a better phrase that isn't emblazened on every mug on the planet; "Keep Calm and Carry On".....for fucks sake!? "Language is a Virus",said the American version of Ivor Cutler, William S. Burroughs.

DOWNLOAD because ivor got no more HERE!
Posted by Jonny Zchivago at 20:44

Gruts... I've never had the pleasure, or the torment. I'm told Scottish cuisine can be...formidable.

yes indeed. Scotland was the heart attack capital of europe for a few decades,maybe still is? apart from Porridge, with salt, it mainly consists of fried stuff,including the infamous deep fried mars bar,lots of chips, Irn Bru (Iron Bru),which looks like rusty water, but with added chemicals and extra sugar.....the advert motto was "Made in Scotland ,from Girders". The preferred drink of all alcoholics and teenagers (Neds,and casuals) was fortified tonic waine called "Buckfast", made in devon by monks, which was a kind of liquid LSD with added alcohol. My girlfriend at the time drank half a bottle of that and had a lost day...she woke up on top of the 'Beng'....which is scots for a 'Slag Heap'...this one was turned into a park to get 'pished' in. Yes, character building stuff,if not character destroying?

So great to have these in one's headphones in 2020 - thanks so much! Ivor was a real gentleman, he replied to my letters even (most people don't hehe). I was a teenage fanzine editor and he sent mail back with homemade stickers, some of which were there to embarass or harass the postman. Maybe some letters were lost in the post? Still have some envelopes left, MOMA quality stuff I'm sure, worth up to 50p on the open market.