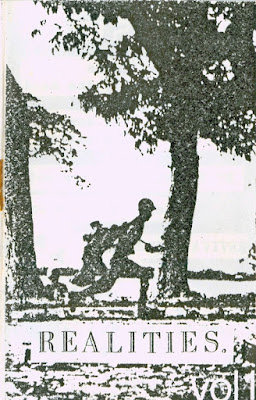 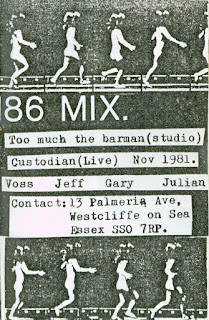 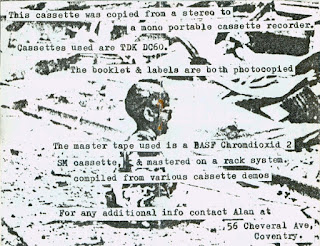 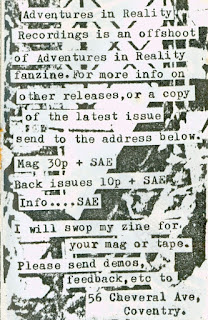 The last Essex band to be featured are the criminally underexposed 86:Mix, from Westcliffe-on-Sea it seems?
They featured on "New Crimes Volume 1", but there seems to have been little else released;although i have been informed that they did self-release a couple of cassettes, and were considered as a possible for Namedrop records. They could have been Delta Six or an essex boy Fire Engines, but no-one was interested.
The only other tracks by 86:Mix i could find are on the debut Adventures In Reality compilation, "Realities Vol 1.", and rather excellently post-punky they are too.
Oh Yeah,....Attrition's on here too, and various other  Goth rockers, new poppers, and futurists mostly from the Coventry/Northampton area....in fact a classic compilation from a great era in Pop music.