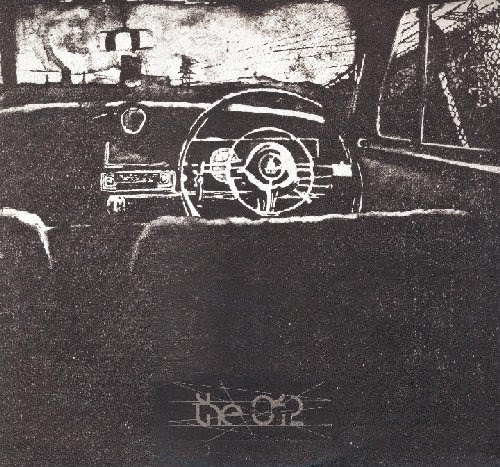 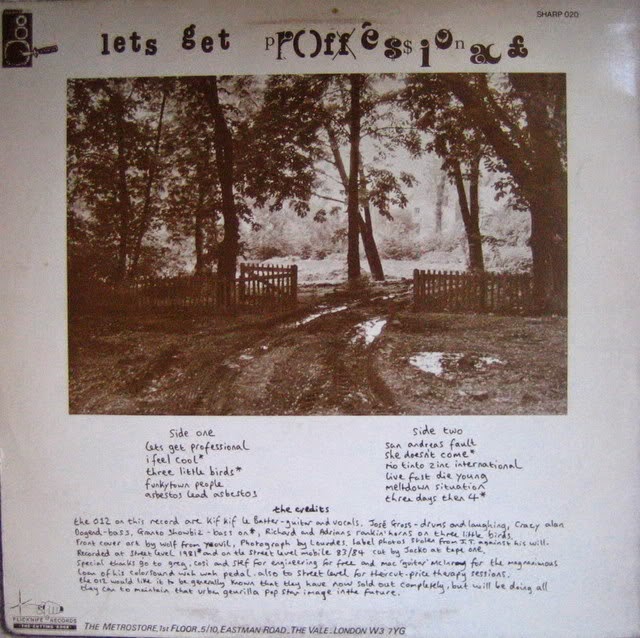 Whatever happened to the 012 ? Not to be confused with Birmingham incompetents the 021, from the wonderful 'Mell Square Music' ep.


This combination of the first three numbers in the arabic numerical system were basically a Fuck Off Records 'super-group', containing ex-Here and Now drummer boy, Kif Kif le Batteur (on guitar and vocals!); and even features top producer Grant Showbiz on Bass for tracks 2 and 3.


This belatedly released vinyl outing from 1984 is a sort of free-form UK DIY version of 1983 Sonic Youth with Dead C no-fi recording A-quality. Featuring thee most untuned guitar this side of AMM's Kieth Rowe, backed up with down tuned white-dub Basslines(played by one of the best stage names ever,the one and only, Dog End),and jazz tinged cardboard boxy drums.


The title of this LP is obviously 'Ironic', but one does detect an overly deliberate atmosphere of amateurishness that can irritate if you are aware of it ; so I apologise for ruining it for you......just don't read this,or if you have already read it, unread it.


I smell good musicians trying to be bad musicians.......and why not ? 'Tis a noble quest to rediscover ones musical innocence is it not ?


These fellows went on to be World Domination Enterprises, who made one of the greatest singles ever ; 'Asbestos Lead Asbestos'.


You ,ay have noticed that an early version of the aforementioned classic is included on this album ?


You are correct,but one must say, that it is just a tad inferior to the future Indie hit version from '86.


They also redid a version of 'Funkytown' on their LP,which was inferior to the version by the 012, so they didn't improve in all departments.

There's a little bit of confusion in the files/filenames. It seems to me that She Doesn't Come/ Rio Tinto Zinc International / Live Fast Die Young are recorded twice?

Ah Well, these things happen.As long are there are no tracks missing,i won't bother taking half an hour re-compiling,re-compressing,and re-uploading it.

Well done mate. Bought from Kif Kif himself no doubt.He needs the money.