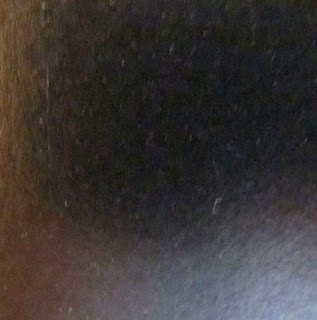 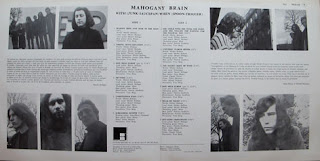 Mahogany Brain ARE,and this statement could be controversial, the Best band ever to come out of France. This I truly believe,and would arm wrestle,or play a winner takes all game of Casdon Soccer with anyone who disagrees.
I probably said the same about Helden and Magma,but this time I mean it maaaaan.
What's more is that I think they are genuinely French and not Belgian,as is usually the case.
Like a Red Krayola from french-rock hell,they deconstruct the 15 years pre-Mahogany era of the evolving Rock'n'Roll cliché and spit it back out in the eye of the discerning pop consumer.Slipping from the womb fully formed, and fully dee-formed enough to put 99% of the fuckers off music,..... forever!
If this fact doesn't even make you fantasize about leaving the room in faux-disgust and slamming the door in a pique of crypto-anger, then you're already dead,or,a bastard,or, a musician,or, all three.
Epic,Absurd,Pretentious,Unsane;i'm running out of adjectives here!
If your significant 'Other' doesn't hate this record's gutz within the first 5 minutes of your stylus making contact with these grooves,then i will send you a ten shilling postal order made payable to myself and me mam.All entries to be written on the back of a Casdon Soccer's wildly undulating pitch and sent to BBC Television Centre, Teddington Lock, NE3 from 4, Milton Keynes.
I'll Repeat that!.......alright,is it that obvious? I'm getting ready to write about The Moving Gelatin Plates,aka,The French "Caravan" innit? This could be my Waterloo,who knows?
Tracklist: