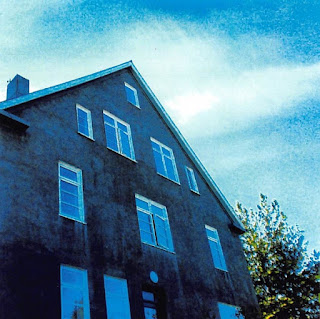 Yes, I tried living too,believe it or not,but then I started to listen to Jandek records again. This is time I'll never get back,and will probably rue this irrational decision to listen to all of Jandek's albums, on my death bed surrounded by any loved ones who will still have anything to do with me.
So,here's another hour and a half where i could have been making love to a beautiful woman...or their alternatives (I'm Hip ain't I?)...meaning one of the self-identified represented by the extra letters tagged onto the popular and ever lengthening acronym that begins with LGBTQ...etc......so maybe i wasn't wasting my ever decreasing allotted time in this reality after all?
Would I sooner be making sweet luuurve to a beautiful lady, rather than listen to endless Jandek?....well....er....yes please. I think Jandek would too,although, his lady,slash, victim, would undoubtedly be of the Prince Andrew variety.
This one was recorded in 2009,so Jandek may still indeed be dead? Which is a pity, because we could have tried threatening Putin with endless Jandek pumped into the Kremlin. Vlad has promised us "Something We Have Never Seen Before",but we westerners have got something He has never heard Before, and far more lethal than the nukes he was alluding to.By the time this double CD has finished its first few tracks Putin would be grovelling to be sent to the Hague,and plead guilty of waging an illegal war of aggression.
I suppose i should turn my attentions away from imminent nuclear annihilation,and turn to something far more important....the music....if indeed ,music this may be?
"You wanted my Body" whine's the Corwood rep in the opening improvisation, cosily entitled "I tried Living". I can also now go on record and say in all honesty, that I have NEVER wanted Jandek's body.
A trio of new buddies make stuff up around Jandek's guitar abuse,and I have to say I have heard better.The drummer in particular seems to be struggling to come up with anything we haven't heard a thousand times before,treading water in an 'i've got a Free Jazz collection' kind of way.Incredibly, the guitar player seems to be the one with the most clue here.....wait a minute, Thats Jandek innit?....blimey he's found musicians who are almost as bad as himself.Now that's something to be applauded.....we came here to hear the ginger mist in person,not the pale one and a bunch of trendy jazzers who would be better off on ECM records than Corwood,which is what we usually get for these live performances since 2004-ish.They're not quite there but,at least this selection approaches somewhere near the nebulous standard required to make a cohesively uncohesive Jandekian outing into the outside.
Tracklisting:
1.I Tried Living 29:52
2. Broken Sky 12:49
3.I Think I'm Unstable 9:03
4.The Slide 15:14
5.All My Time 13:15
6.Just As Well Off 11:46
DOWNLOAD sunday chapel for jandekian agnostics HERE!
Posted by Jonny Zchivago at 15:07

If an endless audio stream from The Corwood Representative would have the effect laid out here, it's our duty to fill the halls of the Kremlin! (along with all those enormous dacha compounds vlad has stashed around Russia, and beyond no doubt. fuckin’ cunt.

Many thanks for this (and all the other Jandek albums), but track 6 seems to be missing. Any chance of a re-up?

Yeah, i'll sort it out later if i remember.