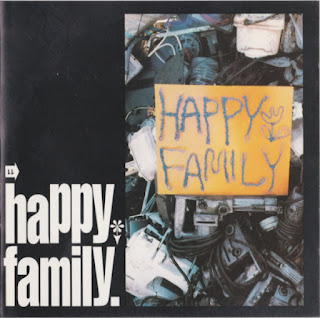 In this crazy,or do I mean Ker-aaaazzzzzy(?), mixed up muddled up old world that we tragically find ourselves imprisoned in, with no means of escape other than Death itself?....... I would have said Death Himself, but I'm flirting with being cancelled if I tread on the squeaky floorboards of sexual politics. So i'll leave the pronoun simply,as 'IT', or "ça" ,as they apparently say in France.Which is strange because I thought "ça" meant "That",until i saw the title on a French copy of Stephen King's "It!" was translated as "ça"......y'know, I think i would have read that schlock nonsense tome if it was called Stephen King's "That!"...a far better title.
Aha! France got mentioned again i noticed! As i've loosely been meandering through the murky ox-bow lakes of French Prog,in it's many mimicking forms,and brings us swiftly to the one form of musique moderne that is firmly rooted in that unfathomable land of Basque beret's, stripey shirts ,onions on strings,apalling body odeur parfum and cassoulet (which is basically bangers and beans for those lucky enough never to have had this reputation busting  crime against basic culinary standards).....where were we again?....ah yes...Zeuhl!
Basically Zeuhl is French Prog disguised as Frank Zappa's smarter brothers more intricately scored works as played by a heavy metal band of Jazzers.....and it ALL sounds the same. Usually they have very impressively crisp Jean Jacques Burnel Bass sounds, heavily miked up,and, massive,Drum Kits;as normally played by the band leader,who will come down hard on anyone a nano-beat out of time. The time signatures are strictly anything but 4/4,and they sing in made up languages. Sounds fun huh?
And this time claiming to be Belgian will not help your inevitable fate.
So here's one of the very best ever Zeuhl records,and ironically, as we've just had a French band playing Canterbury Scene Prog,as well as several French Krautrockers, here we have some Zeuhl as played by a bunch of Japaneses.Just as Japan is the only other country dumb enough to play baseball outside of the USA,they seem to be the only country outside of France to play Zeuhl. Infuriatingly, as normal, our Japanese brothers.....ok,and sisters(!), have a enviable talent of taking western musical forms and cranking them up a notch,from 10 to 11, to repeat that rock satire cliché one more time.They're better at Punk,better at Metal, better at Psych, better at Free Jazz, better at Harsh Noise, and they're better at Zeuhl as well. I suppose Japs are like fat girls in bed....they have to try harder or be binned off and ignored,bless 'em?
Maybe I exaggerate? Not like me I know,but in this case I definitely........am?
Naah! Jap music rules dude...as some awful fucking yank skate-punk kid would say....but allow me to over-emphasise at will ,will ya.......duuuuude? I think i'm gonna be sick......it's that fucking 'orrible Cassoulet I ate for lunch coming back up to say sorry.
Sadly this fine CD album,is/was not available on Vinyl,which was the fate for countless numbers of poor lickle artists in the mid-nineties.If you see a vinyl album by a half-decent group from between 1990 and 2005 at a reasonable price, buy it,cus they are worth an eyewatering amount of your stolen crypto-currency. I sold all my Shoegaze collection for so much I nearly had to move to the British Virgin Islands and pass myself off as a British Virgin. That Ride album with the ocean on the cover (Nowhere?) paid my mortgage for a month!? I also found out that My Bloody Valentine's "Isn't Anything" was ironically worth quite a lot of something after all.
And No, Sonic Youth are NOT Shoegaze!
Tracklist:

Shoegaze this is not. Quick-n-pretencious works for me, pompous git that I am

Just 'pretencious' works for me unless its punk rock,then stoopid works just fine.

I'll remind the readers/writer that even some English sorts ventured into Zeuhl territory--the sometimes pretty good Guapo. Also, some fine American sorts--Flying Luttenbachers--covered "De Futura". That oughta been a ripper, but it's just kinda OK. I'm in a mildly critical mood.

This is great, and parts of Rolling The Law Court is a (perhaps unintentional) channeling of Henry Cow's Nirvana for Mice!

Baseball is played in a lot of countries besides the U.S. and Japan, damn them for spreading toxic sports waste: not just Canada, which maybe you would expect, but Australia, New Zealand, Mexico, Dominican Republic, Cuba, Nicaragua, Panama, South Korea, Taiwan, Brazil, Italy, Philippines, Israel, Spain.... many of them have professional leagues even, god help them.

I do actually own a baseball bat, but the balls that is designed to hit are rather more fleshy and hairy that yer average baseball. It has been used to collect debts from dodgy companies before....but there is no excuse to actually play baseball anywhere,so shame on these silly countries....maybe we could induce sanctions to get them to give it up?