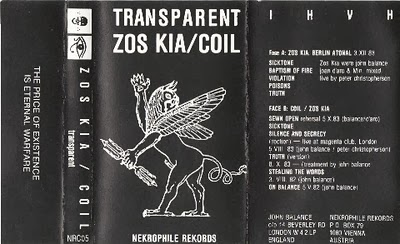 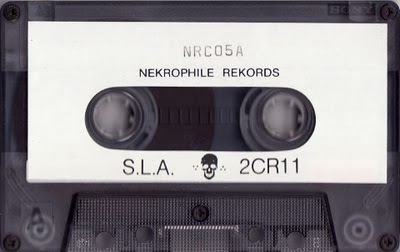 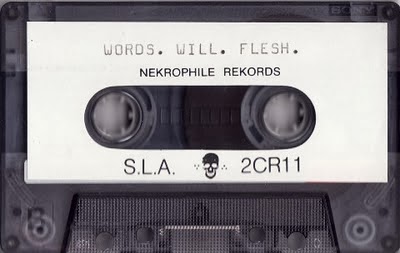 This is the first appearence of Coil,the post Throbbing Gristle/post Psychic TV vehicle for Peter 'Sleazy' Christopherson and John Balance (both, alas,now Deceased.)
Zos Kia was initially formed by John "Zoskia" Gosling along with John Balance and Min. This trio - along with Peter Christopherson on sound and other guests - recorded and performed several concerts in 1982/83 under the names Zos Kia and Coil, and this is the source of the material on the "Transparent" .
In 1983, Balance and Christopherson left to concentrate on Coil full-time. All material released under the Zos Kia name alone was primarily the work of John Gosling.
The music/non-music on this cassette has moments that are genuinely unsettling, and achieve that very rare peak in music, which is to sound , for want of a better word,....evil. A musical statement only achieved by very few composers, Nurse With Wound,Penderecki and Bartok spring to mind, but i am struggling to think of any more!(although i'm sure if i go away and come back later i can think of some!)
The bloodclotting screams(emitted by someone called Joan d'Arc?) on "Rape",for example, is a particularly tense white knuckle moment; marvellous stuff.
The work on here is far superior to that on Coil's first album, "Scatology", which i've tried to like, but have now given up on it as a bold effort in tying too hard; it just doen't seem to flow naturally like "Transparent".(and the same goes for "Horse Rotavator" too in my humble opinion.)
Later Coil releases , post 'dancey' phase,like"Musick to play in the Dark" and "Musick to Play in the Dark2",and their best album "The Ape of Naples" ,though, are beyond criticism.

DOWNLOAD Transparent HERE!
or
HERE Too?
Posted by Jonny Zchivago at 09:14

"The New Backwards", although completed and released after Balance´s death is fantastic, too.
Best,
Michael

I shall steal this in tribute the the Late Balance. Thanks.

I have also tried to like "Scatology".... but I do prefer this casette!

FYI Grabbed both the .zip AND the .rar and Tr 2-5 were corrupt.

Transparent better than Horse Rotorvator?!?!? You cannot possibly be serious.

Yes I was serious,i think.I did write this about five years ago,so maybe my opinion has changed....but i doubt it.Just don't like early Coil,or mid period coil...but love late period coil.Proper music is that.