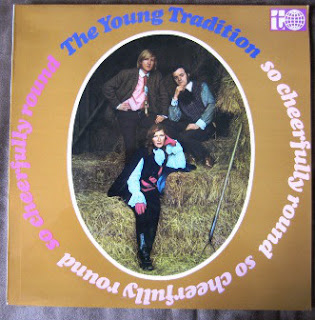 They look like one of those generic American Psychedelic groups from the cusp of 1967. They even have the creepy older bloke like many a Sunshine Pop combo from Connecticut. The psych era was a vertitable playground for the creepy old bloke who had a modern wardrobe. Free Love baby....or rather Free Rape...which meant, men could have sex with anyone they wanted even if the person in question didn't want to. A sort of acceptable rape trend (Groovy Pops!) .If the young lady in question didn't sleep around she was instantly labelled an off trend square. The sneakiest way around the consensual sex trap that the human male has ever invented in his long evil history. These psychedelic violators would have laughed at the idea of consent forms, which are looming in our mixed up muddled up society;which will surely lead to a boom in forgery will it not?
My favourite creepy old bloke in a pop group has to be the horrific manifestation of pure evil that was ,real name, Peter Mann,head honcho of sixties sunshine pop band 'The Sugar Shoppe'. It was even named after one of the pedophile's most trusted lures,a sweet shop.
Dig this...he's second from the right.....the one that looks like a sex pervert,not the one that looks like a little girl ready for beddie on the left.
I was once a sunshine Pop obsessive, and I found this 'Please Buy Me' item in Rhythm Records of Camden lock NW1 in the 90's.It pleaded with me to take it home, and I certainly wasn't disappointed......so i guess I should make a rare exception and post two download links.....if you want to hear the Sugar Shoppe,including drug references, then click HERE! Baby!
The run out of the opener, Skip-a-long Sam, is pure Hollywood cheese Psych gold.
I digress......But, don't get me wrong ,obviously Royston of The Young Tradition wasn't too much of a randy perv by all accounts....he was just Balding! Like me......er...but I'm a perv(like all men) so strike that comment!
The cover art and title,of the Tradition's album, is a naked attempt to infiltrate the UFO club psychedelic underground...after all, Fairport and The Incredible string Band played at all the Psych haunts in swinging London,so why not The Young Tradition?....of course they didn't,but they might sell some records to the less hip,a casual browser in Woolworths,or an out of touch grown up Beatle fan maybe?
However, once the casual buyer got this disc home,and slapped it on their Dansette,I doubt they would have continued past track one. No drums, no guitars,no sickly sweet harmonies,no songs about going to the cinema with yer girlfriend. If you liked Pop music, this would have been as shocking as a John and Yoko album.
Yes, they've been to Carnaby Street,but musically they were the real thing.....they just didn't look like it.
Tracklist:

Only disappointment - I was hoping that Privilege was the one from the 1967 movie. Oh well.

I'm confused, was Peter Mann actually some sort of sex criminal, or are you just being silly? I'm not really sure. You DID fail to mention that the other guy in the Sugar Shoppe was Victor Garber, who in 1973 would make his screen debut playing the Clown Jesus in the film version of GODSPELL, was a regular on Jennifer Garner's TV show ALIAS, appeared in the movie TITANIC, and has had a very successful career as a character actor.

@ M Lansing....Peter Mann may not have been a sex pest and kiddie fiddler to my knowledge, but he sure looked like one. As he was lurking in the 60's when virtually every male,especially in the rock and pop world,were sex abusers and proud of it....thankfully times are a changin'.
Yeah the blonde guy was the ship builder fellow in Titanic....won an oscar for it somehow!?...really shit film.