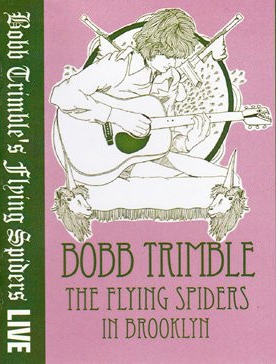 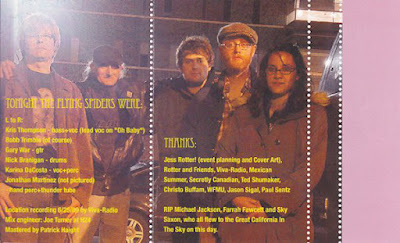 One of the major pastimes of Generation Y ('Y' as in what's the point?) is digging up the corpses of lost record collector legends and forcing them back on the stage. This usually involves bands with only one member, either left alive, or desperate enough to recreate that album some grate digger unearthed in 2003. Of course there are endless numbers of thirty somethings who would sell their granny to appear on a new Homosexuals LP,or Tour with the last remaining member of the Androids Of Mu*.Famously, This Heat became 'This Is Not This Heat' of course.Fattened up by at least six This Heat fans, to bolster the remaining duo. Ok,Okaaay! I'm only jealous, I would certainly sell my granny's ashes to play Bass and Tapes in 'This Is Not This Heat'.My lauded judgementalism and bitterness only stretches so far.
The advantage of going to witness a reanimated solo artist is that you are certain to actually have 100% of the person in question on stage,unless he's lost a leg John Martyn style,or you accidentally stumbled into a tribute concert,which I wouldn't advise anyone to do.
I did go and see Bjorn Again once, and ended up in an argument with my possessive girl friend for looking at another girl's arse!!!...and i fucking hate ABBA!
Recorded on the fourth anniversary of the King Of pop and nonce, Wacko Jacko,Farrah Fawcett's, and,more importantly Sky Saxon late of The Seeds and Ya Ho Wha 13's collective deaths back on june 25th 2009! Fast forward to 25th June 2013 ,this live tape remains relatively faithful to the original tunes, except that the spoken intro's between the songs seem to suggest that Bobb has had some dental problems in his wilderness years.Expectorating outsider saliva over the front two rows of his adoring audience,and slurring his way through these outsider psych classics like a snow plow in a swimming pool of snot.
Jacko ,at least,is mentioned before the band launch into Galilaen Boy.Something Michael would have liked to have done when he was alive; in fact he would have liked to launch into any boy,especially anything involving a biblical reference as he saw himself in a,somewhat, messianic light.He had a squeaky voice like Bobb did too!? So let's listen to Bobb ,call a toast and raise a glass of Jesus Juice to to the very bad memory of the creepy king of alco-pop himself,and another to his numerous victims, both oral and aural.
Let's end with a joke?
Q."What's white and crawls down a toilet wall?"
A."Michael Jackson's latest release"
The author would like to explain that this joke was written before the untimely death of the pedophile formerly known as Wacko Jacko;but after the epoch of the politically correct free thought cosh wielding Brain police began.
*I can't confirm that the Androids Of Mu are actually 75% dead(or is it 80%?).I was struggling to think of a band who are mostly dead is all.I know The Ramones are 95% Dead,but they've never been rediscovered....and I had to include Marky or he'd find me,fists flying and still dressing up as a professional Ramone..(Richie Ramone allegedly is the proud owner of a Die Or DIY? T-shirt i am informed!?)..but a band with only one living member...difficult,unless it's something like a Gerry-less Pacemakers or even worse!!!
Fairport convention have Zero original members left in the band,but the absences are spread equally between resignation and death...Doctor Feelgood still tour without any original members even though 75% of them are still alive...just......anymore suggestions?
Tracklist:

Andy Scott last in last out of the Sweet.
Who wants to do the Steve Priest bits?

As childhood heroes, i always wanted to be Steve Priest...not now of course, as he's dead,but when he was alive.His cape, kaiser's helmet and hitler moustache outfit on TOTP's was a favourite.My father stormed out of the room whenever they were on TV.The Sex Pistols he didn't mind.
There used to be three Sweet's doing the club circuit,Brian Connolly's Sweet, Steve Priest's Sweet, and rhe last remaining Andy Scott's Sweet.I suppose he can just call it 'The Sweet' again now?

One of Chinn/Chapman's lesser bands, the Arrows, are all dead.

Hi DIY,
Thanks for the music and the comments, so funny and intelligent (and well written). A daily pleasure, really. I am writing something about "music for plants" (Mort Garson, Roger Roger, Eno, etc.) Does this subject tells something to you ? A song, an act, an album ?
Thanks if you have a suggestion, if you have none (or something less boring to do), no problem, I'll stay your fan. Best,
Laurent from Toulouse

As in Mickey Thomas the ex-man united and wales midfielder who was famously srabbed in the buttock whilst indulging in an adulterous liaison with his brothers wife?....also did time for receiving stolen goods....that mickey thomas?

The Arrows arrow was always pointing towards some kind of death, until Joan Jett did her version of "I Love Rock'n'Roll".She did have terrible posture,...must have played hell with her back

Wakeman doesn't count,not even for The Strawbs....we're talking classic original lineups....so Howe does count for the other yes I guess?

Well yeah, when there were two battling Yes's on the planet, Howe was in one version. Classic but not original member, so ok, 0%.

Tonight I saw a dreadful film called "Not Tonight Darling" on Talking Pictures, made in 1971, which featured an appearance by Thunderclap Newman. Apparently they're all dead now.

hA hA! Yes, Thunderclap Newman of course!....That was the CD that my Japanese friend (Narumi) bought me for last Xmas! She's obsessed with Jimmy McCullough,the guitarist (which she pronounces Mak-a-lak) They are indeed all dead,and one of the few groups to be named after their keyboard player....like Manfred Mann...and any other suggestions anyone cares to volunteer..
This is becoming the trainspotters corner of this blog.

I shall recommend "Not Tonight Darling" to Narumi.

I suppose being in GWAR or working for Amazon is the same thing really.A kind of living death.

I was in high school with several of the original members of No Doubt, who achieved stardom only after the last original member quit (one dead). Does that count?

Anything that involves the death of No Doubt members must be applauded,so yes,it does count...very much so.

Ramones, all dead
Coil, all dead
Abba, all still in life
Laurent

Already said Ramones...Marky doesn't count as a living ramone.
Nor accepting Duo's...so that's coil out. There are some early members still living.
And ABBA are dead to me, so they are accepted into the hall of Zombie Bands,with Fairpprt Convention,Dr Feelgood and Eddie and the Hot Rods,who still continue without any original members.The Residents are on stand by,even though essentially they were a duo,but with a guest...Snakefinger...dead.