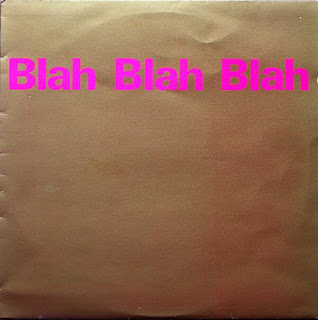 China's one-child policy only officially ended in 2015. According to its government, 400 million births were prevented during those 35 years. Fuck knows where we'd be without that cruel policy.

Unfortunately back in the days when we may have been able to do something to prevent the inevitable, the powers that be, and most of the public were enjoying buying all the cheap crap that now litters our planet, and governments gave tax breaks to their mates selling it.

JG Bennett was warning about the treats to Bangladesh and other low lying countries in the 60's - but he looked like an old hippy so who's gonna listen to him.

Ooops, now you've got ME ranting!
I'm proud to have not bought anything from Amazon for 7 years. And before that it was a Be-bop Deluxe CD with a Amazon gift card I was given - no-bodys perfect.

Your sentiments are somewhat reflected by the words of that great poet, Buddy Holly, when he said "well, alright, well alright"!

Thanks for the rant., I kind of needed it. The hand-wringing at the umpteenth climate summit, preceded by the latest G(reed) 20 meeting of the perpetrators has left me feeling despondent over the state of the planet, the intentions of the parasitic bipeds that control it and the inescapable conclusion the lack of will to change fuck-all about it will lead to an all too obvious fate. Not that it’s a particularly new revelation, just reinforced yet again. I imagine zuck’s new ‘metaverse’ will be the final opiate to soothe all into acceptance of a perhaps well deserved demise. Blah blah blah indeed.

The lack of giving a shit statements in the comments seems to back up the verbal diarrhea somewhat.
You're all invited to the party at the end of civilization as we know it, the planet will go on of course.....bring your favourite dancin' tchoons.
I like the idea of dancin' to Rock Lobster as a crack opens up in the ground and swallows me whole,erupting in a lethal firework display of cascading lava....Didn't the B52's do a tchoon call 'Lava' as well!?..those crazy kids!

As is Overpopulation Denial you pseudononymous part of the problem.

I didn't read a single word of whatever this post was going on (and on.....and on.....) about. All I know is their track in the Some Bizzare album was boss.

This is your observer, running out of fucks....

Goiters.....don't feel special, it's what I expected. Enjoy these last daysby playing some 'boss' music as we burn.
Who say's Boss these days?....you must be scouse? Which explains a lot.

Nowt scouse, guv. Sometimes it's just a good word to use.

Also, I said in when I meant on.

What do you call a knock out punch from Eve Plumb? A Jan deck.