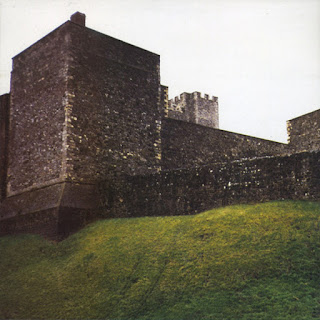 Live at the Sage, Gateshead,in north east England, May 22nd 2005. Finds Jandek in the land of scantily clad women going clubbing on a freezing january night;their male counterparts in only a t-shirt and moustache.Simple folk with simple tastes,who think their local Football Club is one of the 'Big Five', when they have never won anything since before world war two.I did once witness Leicester City getting a firm hammering of 7-1 by Newcastle United.The game preceeded by a performance by Lindesfarne......the less said about both those performances the better.....but at least we (Leicester City FC) have since gone on to win the Premier League....so......HA!

Of course not all Geordies (residents of Newcastle upon Tyne)are boneheaded hard cases.....I mean Zoviet France come from there, somehow I can't see them as plain t-shirt wearing moustachioed hard men? (although ZF are prime whingers in the free download department;which is why there isn't any ZF on this blog no more...silly boys...but links can be provided if requested)
Luckily for The Representative of Corwood Industries, the more erudite type of Geordie, had turned up in Gateshead to applaud our man in the black stetson.
Should have been called 'Gateshead Sunday' really?
Again, the lovable carrot top indulges in some tuning ritual before a few of the songs.He seems to have got it right however, as this sounds like classic Jandek from the electric albums,but with classier backing, and a couple of effects pedals.

DOWNLOAD jandek in geordieland HERE!
Posted by Jonny Zchivago at 12:41

he broke a string early on in this performance, and the process of putting a new one on was particularly excrutiating. when i left the sage i was lucky there were no bridges around to throw myself from.