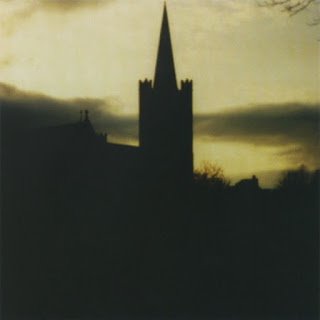 Jandek's set that included a second JFK assasination connection, was recorded live at The Arches, Glasgow, Scotland on October 16, 2005.

He had previously appeared at the Texas theater in Dallas that Oswald was arrested at, in 2016;a review of which(by 'moi') you can get HERE! During which one concluded that Jandek fired the fatal bullet from the 'Grassy Knoll'. So is the reference here a further indication of our Representatives guilt? Is he laughing at us, hiding in plain sight?.....probably not, but we all like a mystery don't we? That's the primary reason we like Jandek.
The spoken account of mass brainwashing, which is the track named after that infamous Knoll, seems to suggest a Sirhan Sirhan style Manchurian Candidate scenario, which involved the Representative 'losing his mind to them', and that '(he) knew that he must GO!?'.
Like Oswald he suggests he was the patsy, who didn't go along with the plan made by that 'God Man' Sterling refers to.
Like any conspiracy nut, one can make any piece fit the jigsaw puzzle,so please face up to the clear Facts that it was Jandek wot dunnit guvner!
The ethereal guitarwork backing up this admission from our favourite beneficiary of CIA identity protection, is provided by the magnificent Loren Mazzacane Conners, whose many albums are the epitome of melancholy.Probably another outsider guitarist on the CIA witness protection program, but far less moany than the Identity given to Jandek.
Things get a bit wilder for the second track, as Alan Licht takes over guitar duty, and Jandek moves to drums.Ending in wild applause from the Glaswegian crowd.
The J(andek)FK Conspiracy starts here!

DOWNLOAD from the grassy knoll of outsider music HERE!
Posted by Jonny Zchivago at 11:31