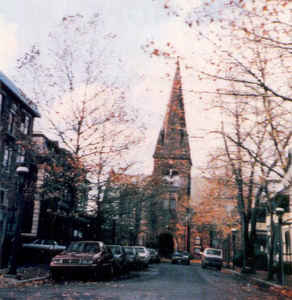 Now we have come to an end of pre-2019 Jandek albums,fittingly with the beginning.The representatives first known live appearance.
Just when we thought we had Jandek sussed as a reclusive hermit weirdo, who we will never see in public, he appeared, as if by magic, at The Arches, Glasgow, as part of the Instal festival,on October 17th, 2004 .Playing unannounced with backing from Richard Youngs on bass and Alex Neilson on drums, he seemed to go down well with the crowd.
For an unannounced act of questionable commerciality, the audience seemed to appreciate the racket rather too much to believe he was completely unexpected.Maybe they felt obliged to scream and howl,or someone held up cue cards, I dunno.
There's two new CD's for 2019 so far,including a studio one called "The Ray";but you'll have to wait for them....give 'em a chance to not sell out first eh?

DOWNLOAD jandeks out coming HERE!
Posted by Jonny Zchivago at 00:38

Little doubt the audience knew who Jandek was and what to expect. I imagine any crowd of innocents would probably be pretty hostile. Each reaction has it’s validity. I remember this event making a stir. Ever since daring to perform in front of people, the representative has somehow seemed more ‘normal.’ Reclusion seems a better fit. On one hand, this music sucks. On the other, I’ve download every post. Thanks for the long journey through the inscrutable.

Indeed, I like my recluses to stay recluses, or if they venture out into normal society, don't tell anyone.
It would have been better if he had just stopped one day rather than come out into the light.
However I do like a lot of Jandek mark2's output....but Jandek 2 is a different beast....like Jaws 2 was worse than Jaws.
The real impact of Jandeks non-music should really have been unveiled in front of a crowd of innocents in my opinion.That should be one of its primary functions.
But some of the magic has been lost.

This is David Tibet of the Current 93's take on the Jandek show, which he played at;

Dear All:
this is David Tibet again with some more information for you.

1)JANDEK was absolutely not announced; part of the deal was that no-one would be informed who was playing, just that there was a mystery guest.People turned up at 5 and someone near my wife said: 'There is someone impersonating Jandek on stage.' Then he said: 'F**K! It IS Jandek....'

2) He played for an hour, and used the lyric stand that I used (that was bought for me) the night before.The band rehearsed just once, earier the same day.They were stunning, stunning, stunning--and I do know as I am a MASSIVE fan and have every single vinyl, every CD and even the bar-code/non-bar-code variant release.

3)He never referred to himself as JANDEK--the word was not used at ANY time. He was there as 'a representative from Corwood Industries.'

4)He did not stay in the same hotel as any of the bands, who did not know he was playing either.

5) He did not attend the fetival, except briefly, when SIX ORGANS OF ADMITTANCE were playing.He didn't go for meals or drinks with any of the bands, and didn't attned the post-show party at the hotel. The only person who spoke to him was the band and the promoter and his partner.

6)There are lots of other bits I could add, but can't as they are confidential... but maybe they will come out later. Or not.

ALSO A REQUEST: my wife took a lot of photos. I need to get a CDR of the MP3s; if anyone can send me this CDR I will send them a CDR of the photos she took.

Well, thanks for that current info.
Its all so clearer now.
Lovely