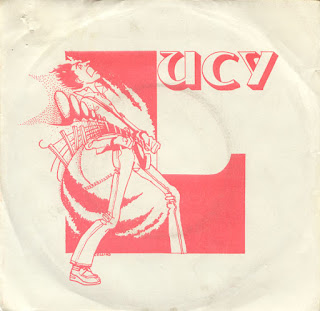 A Really Got Me Goin'
B Oy 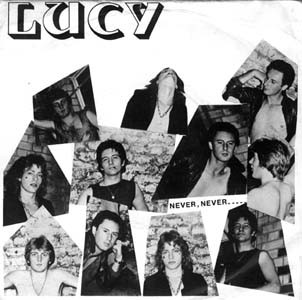 A Never Never
B Feel So Good

Lightning Records philosophy strictly followed the 'If you throw enough shit at the wall some will stick' rule.
They threw lots of Punk Shit at all available walls,and mostly nothing stuck.The walls of taste were teflon coated.
Sad thing is not all of it was shit, including the two singles, in '77/'78 by the abysmally named 'Lucy'.
Four tracks of faultless high octane rock'n'roll, of the original Pub Rock/Punk Rock hybrid that we all fell in love with.....yep, I love Lucy.....thats what i was building up to. Tadaaaah!
If they had a name something like Slaughter and the Dogs they would have been a sucessful medium sized punk rock act....but nah!...they were called 'Lucy'!!!!????

Hi
The second lineup of this band later morphed into Tush then the Dumb Blondes. Their guitarist, Phil Collen later joined Def Leppard.