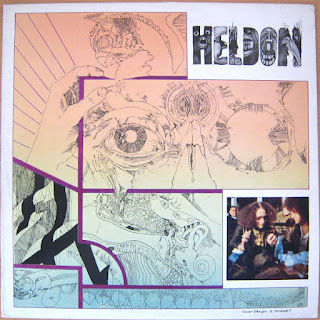 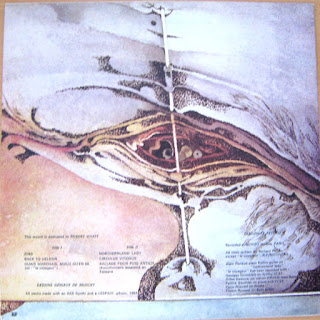 I'm very proud to announce that I have not been awarded a Damehood in the corrupt yet meaningless ongoing joke that is the Queen's New Years honours list, neither for sevices to stealing intellectual property,or spreading corrosive cynicism and being a moaning ol' bastard. Joining the likes of ....is this a joke?....Mel B!!!?  late of the spice girls, Joanna Lumley who was in the New Avengers and something else on TV?Then there's Ashley Banjo for services to bloody awful street dancing,and for being the nearest thing they could find to a Black person,apart from Mel B of course.
The French,of course, don't go in for this kind of stuff.....er...wait a minute they do don't they.That beyond daft Legion d'Honneur silliness. Didn't Patti Smith get something like that for being a self-confessed poet? Celine Dion for singing in French....y'know, stuff like that.
No French Prog innovators are on either the British list or the French list,to my limited knowledge.
So Richard Pinhas, guitar wielding French Progger has none of these dubious Honors.
However he did make some rather interesting self-released LP's under the guise of Heldon, that combined Fripp and Eno with Berlin school style electronics,such as this.Casting himself as some kind of electronic freedom fighter.
There were,and are, of course, many Electronic Terrorists committing crimes against music everywhere on the planet. Jean Michel Jarre and Howard Jones being but two incredibly guilty culprits.But Richard doesn't seem to be one of them.At least not on the evidence of this fine record.
Tracklist:

Thank you - my first exposure to this French outfit... Healthy ears to you in 2022.

What’s point of winning an award unless you can turn around and return/shove it up the arse of whoever awarded it in the first place as a protest of the social ill of of your choice? Lennon over the failure of Cold Turkey to chart for instance. The b-side was better anyway, wonit?

Anything involving Richard Pinhas, at least up to about 1982 - is "rather interesting" at its worst, and up there with the greatest Berlin School/Kraut at its best, imo.