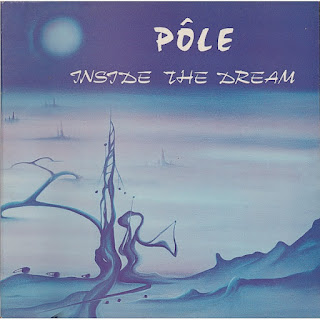 Just a reminder that we got in this mess because I got distracted by the rare phenomenon of faux-kraut music.That's Frenchmen who wanted to be musically German,like an Alsatian plebiscite of music.
Ahhh,The "Plebiscite".....otherwise know as a Referendum, is that olde skool dictator's  trick  from days of yaw when the "people"......,you know, that visibly invisible thronging mass of silly fools, led by a small room full of sinister bastards.......get to vote on something ridiculous or give away their meager freedoms in the name of fake democracy.The most recent attempts being Brexit, the Annexation of the Crimea,and the next one in Donetsk taking place in a few short weeks time backed up by Sleepy Joe.All following strictly the path taken for the Anschluss, and the,for want of a better word, 'Referendum' in Alsace Lorraine in the thirties,which,if you didn't know,as is the case with an increasing number of the Silly,had something to do with a sinister chap with a Charlie Chaplin mustache with the initials A,and H.Not necessarily in that order.
Back in the 70's,a few Frenchmen wanted to be musically German,and maybe more if they were based in Strasbourg,once officially part of the Third Reich thanks to the famous "Plebiscite" voted for by....let's face it...a bunch of 'Plebs'who didn't know any better.They still exist today,backed up by an angry legion of Bigots or Gammon's.Boy are they Fuuuuuming!
Pôle, and Pôle records wanted to be a Gallic Cluster,or Cerveau (French for Brain) Records.
It's a brave attempt to achieve what every Frenchy wants deep down, a Gaulish Cosmos,and this is the music to make it a reality,well, at least for forty minutes or so.Somewhere between Asterix the Gaulish,Charles De Gaulish and Gall Stones. Nurse with Wound likes it anyway,which is normally enough to send any sane record nerd scrambling through the Krautrock crates at the nearest record Fayre.
Pôle records released a few good albums,and then ,typical for France, the boss man Paul Putti,sold it and used the proceeds to start a rather popular Mucky Magazine for a less sophisticated form of wanker than Record Nerds. If only Putti had combined the two he would have cleaned up; and no need for a handy box of kleenex or a dirty old sock either. Its well known that Prog Rock fans never have girlfriends,so he missed out on that one.
It's a good album anyway....now where's that old sock!?
DOWNLOAD your pole HERE!

Hi Jonny: Thank you for the Pôle stuff

For the benefit of Proggers and geeks everywhere, a 'Girlfriend' is that female you have tied up in the basement.
And in extreme cases the younger ones locked in that special room are your children.

You know you seem like an informed guy but you are way off for Crimea and Donetsk. I have personal experience of the fear that was present in Russophone areas of Ukraine (areas that were only part of Ukraine due to some administrative changes by the USSR) when literal National Socialists overthrew the government and started burning people alive in Odessa. The vast majority of the people there - including law enforcement and local military units - desperately wanted to RETURN to being part of Russia to save them from some really extreme Ukrainian nationalists and the votes - admittedly a fait accompli in Crimea - were observed as being fair and legitimate. The two Donbas republics have faced near constant bombardment since then and the international press has been completely silent, Kiev has illegally detained citizens and foreign volunteers and subjected them to torture, yet after 8 years of silence, the news is suddenly filled with human interest stories about fearful Ukrainian Militia, many of whom are open Fascists and have been holding Donetsk and Lugansk prisoner for years. It's a series of travesties.

one man's authoritarian is another man's fascist. Putain's record on freedom and intimidation is impeccable in certain areas of the internet.Opposition leaders having accidents or being killed by untraceable criminals. Journalists falling off balconies. In a place were its ok to batter women as long as their bruises don't show???? and Gays falling off of apartment blocks.I guess you could call that living in Fear as well. The ukrainians did elect a few nazi's,yes indeed,but they have the right of self-determination,as Putain has,but not the russian people.Cross that fascist and they'll find you in any sleepy town in the UK and poison you. Putain is the conspiracy theorists answer to the illuminati.Ahhh The poor freedom loving Russian State being attacked by nasty nazi's.....these are the same excuses for many a despot. I have no reason to support the Ukrainians, their ww2 counterparts held my father captive in a prison camp for 2 years,when they joined the whermacht to get rid of the USSR,and who could blame them for that?