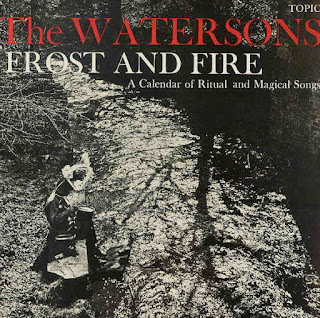 Hull,the home of Britain's longest road bridge,and due to its close proximity to the former Soviet Union,was chosen as the site for Britain's early warning system and listening stations pointing towards Moscow.Only been to Hull once,when I went a wassailing with a nice young lady I conversed with in the early days of the internet.She hadn't heard of the Watersons,or The Housemartins, but boy could she wassail.....and other things too (nudge nudge).Sadly I have forgotten her name,but she did have a interesting fantasy to be tied to a tree naked,taken advantage of, and left there!? The great conversationalist that I am,I asked her what she did for a living(no,not while tied to a tree....pleeeze!),which she wasn't at liberty to disclose because she had signed the Official Secrets Act"!? Hmmmm?
So, can we all name five famous people from Kingston upon Hull?.....er,as previously mentioned....there's that bloke from The Housemartins......er....ummm...oh yeah;and, of course, The four Watersons in The Waterson's, Folk's version of Crass.
They dressed in various shades of grey,had poker straight black hair,class war politics,and drank copious amounts of northern ale. Which for the female members of the group,including Norma, Martin Carthy's future wife, was shocking behaviour for the early sixties.
They performed mainly traditional songs with little or no accompaniment, and banged out the tunes with their distinctive close harmonies,and proud Hull accents, across the pubs and clubs of northern England,kick starting the UK Folk revival with an almost religious zeal. They had a great spartan image too, which is always a plus.
This debut on the legendary Topic Records was voted Melody Maker album of the year,which considering what it was up against (Bobby Dylan etc..) is a mildly impressive achievement.
Opening with what is something of a theme tune in "Here We Come A-Wassailing", this record was the benchmark for how to do contemporary versions of traditional song forms.
What the fuck is Wassailing anyway you may ask? Good question...well instead of asking your mates if they fancy a pint later,try asking them if they want to come A-Wassailing, which basically means are you coming tut pub to get wasted th'neet?
There's plenty of similarly themed tunes celebrating the simple things in life,and includes the definitive version of "Hal-An-Tow, the pagan anthem for the rebirth of summer.Which in Hull lasts approximately a wet fortnight in august.
One simply couldn't get further away from commercialism or the musick biz as this.
Tracklist:

A1 Here We Come A-Wassailing
A2 The Derby Ram
A3 Jolly Old Hawk
A4 Pace-Egging Song
A5 Seven Virgins Or The Leaves Of Life
A6 The Holly Bears A Berry
A7 Hal-An-Tow
B1 Earsdon Sword Dance Song
B2 John Barleycorn
B3 Harvest Song: We Gets Up In The Morn
B4 Souling Song
B5 Christmas Is Now Drawing Near At Hand
B6 Herod And The Cock
B7 Wassail Song
DOWNLOAD to come a digital wasailing HERE!
Posted by Jonny Zchivago at 11:30

This is pure gold, with the BEST version of John Barleycorn ever (and I'm a big Traffic fan too). Thank you, Milly's Grandad.

I've been to hull once...it's no milton keynes!....also Hull is number 1 in "50 crap towns" a book I read while traveling about in the uk for a few weeks. Thank you for this lp!

Hull eh? Not from but very much of, may I give you The Larkins? Lead singer Phil. Debut album was good, 'They Fuck You Up, Yer Mam & Dad'. Classic. Bit racist & sexist but they were of their time, tough times mind.